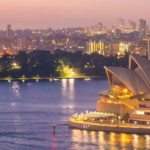 Accommodation for Trainees in Sydney

A homestay or accommodation suitable for trainees can be organized by the training centre. You can talk about your accommodation needs as part of your interview.

Alternatively,  there are Airbnb options and hotels nearby.

Sydney is Australia's biggest city, with a population of over four million people. It's located on the shores of the harbour and several spectacular beaches, such as the famous Bondi, Coogee, Tamarama and Bronte. The centre of the city is a buzzing metropolis, filled with modern bars, international cuisine and entertainment. The world-famous Kings Cross district is a huge hit for party-goers, and the city is home to two national league football teams, two Australian Rules football teams, and several rugby league and union sides.

Just south of the city sits the draw-dropping Royal National Park, acres of untouched bushland and harsh, white cliffs dropping off into the gleaming Tasman Sea. The city is also home to several rivers and nature reserves, and boasts a huge international airport with flights to anywhere in the country and the world.

The best thing about the TESOL training centre is that it's located in the dead centre of the city, right next to Hyde Park, with connections to all of Sydney's suburbs. It's around the corner from bustling Pit Street Mall, up the road from the famous Queen Victoria Building, and a short walk from the ferry terminal at Circular Quay.

For more information about Sydney, visit the Sydney Tourism Board.

"Wow, they did impart so much learning!"

"I wouldn’t lie that the CELTA course was easy"