Home Blog Interviews with the Authors An Interview with Jim Scrivener 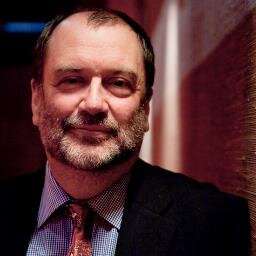 An Interview with Jim Scrivener, TEFL author and industry voice

We talk with Jim Scrivener, two-time ESU Duke of Edinburgh Prize winner and three-time ELTon award-nominee, about an ESL teacher’s best skills, and how learning is changing over time.

Several of his books are a common feature in CELTA course reading lists, teacher trainer libraries and classrooms worldwide.

Recently, along with Adrian Underhill, he has been sowing the idea of a more challenge-rich, engagement-rich, learning-centred teaching that they have called “Demand-High”.

It’s the “learning-centredness” as opposed to “learner-centredness” that we will be exploring more in-depth in this interview.

What made you want to go into English teaching?

I had two very specific images in my head: One was me growing my own food in rural Africa and the other was me having a drink in a stand-up “workers” bar in the Soviet Union.

Teaching seemed to be the best way of achieving either of these aims – and teaching English was the easiest subject to get into doing.

So as an entirely untrained teacher I got a position as a volunteer with VSO (Voluntary Service Overseas) in a very rural school in Kenya, taught excruciatingly poorly for two years and grew my own corn, which was promptly all stolen by colobus monkeys as soon as it got ripe.

Not very many years later, after coming back to the UK and getting an initial training certificate, I got a post in the USSR, as one of only about 10 Brits allowed to live and teach in that country under the Anglo-Soviet cultural agreement. So, I achieved my two life ambitions fairly early on and have been floundering for a new purpose ever since!

How has your understanding of learning changed over the years?

The single biggest change in my understanding came quite early on when I was introduced to the writings of Carl Rogers. His ideas remain at the heart of what I still intuitively believe, even though they are mostly unproven suppositions. They are (surprisingly) still considered quite provocative.

The first point, I think, is that “you cannot teach anyone anything”. This idea is, of course, the spark for the move towards “facilitation” over “teaching” – or as Caleb Gattegno puts it “The subordination of teaching to learning”.

The second idea is that any real, valuable learning has to be self-appropriated. You cannot be given motivation to learn something you have no interest in. I cannot motivate you (though teachers often behave as if this is possible). It might be possible to push, force, cajole or threaten you to pass a test but the learning is pointless and quickly lost. It makes no change in you.

How can teachers better facilitate learning in the classroom?

There is often a belief that simply by putting students into groups or giving them a project that the learning will happen by magic. I have come to believe in a very proactive, “muscular” facilitation. I cannot transmit my motivation or knowledge or understanding to a student but I will not best help their learning by setting them a group task and just hoping that they will magically learn from it.

I think that teachers do have a crucial role in managing, hinting, provoking, nudging, leading and so on. So, over the years, my redefinition of the role of a teacher has been away from someone who is primarily a “giver” of stuff – via a falling in love with the ideas of learner-centredness (which I think is a concept that is hugely misunderstood and misapplied) towards where I am now – which is a belief in “learning-centredness” i.e. studying and focussing on how to help the learning to happen – and worrying less about whether what I need to do is “teacher-led” or “learner-centred” or something else.

What’s one of the most important skills a teacher can have and develop?

This often tends to be done very superficially. Teachers maintain a constant patter of amiable conversation and task setting. The course book and the activity dominate and run events. The learning happens or doesn’t happen but is largely random and incidental to the doing of the tasks and the checking of answers.

Can we tune in better to how learning is happening and what helps it to happen?

As I say this, I am aware that I am trying to describe something that makes no sense if you have never seen it happen. You might assume that what happens in your own classroom fits that description. Yet a surprisingly large number of ELT classrooms are fairly ritualistic, marching through activity after activity at a fast pace, with laughter and yet somehow avoid that real engagement with learning – that I am failing to describe!

Partly the problems come as a result of the teacher’s fear of pushing the students just a little more to take risks, to speak, to try a new sentence, to experiment with grammar, to find a different way to do something. Partly it is a fear on the teacher’s part of giving feedback – choosing to praise vaguely rather than tell the student specific information about what they can do to improve.

There is a widespread feeling (often passed down from the hierarchy above) that a teacher’s job is to move at a pace through the pages and “do” the book. This typically leads to classes where three of four of the faster, stronger students move forward at speed and everyone else keeps their eyes down and looks worried.

Most of the techniques and strategies a teacher needs to move away from this ritual are impossible to write down – though they can be learned over time by a self-observing, reflective teacher – and especially with the help of an observer who is prepared to challenge supportively.

If I had to give some concrete technical advice to a new teacher, it would be:

Prepare your lessons but don’t plan every step. In class, allow yourself enough freedom (and time) to listen and respond to a student based on what that student has just said

Watch out for all the ways you extinguish a question. For example, notice how saying “good” too early on kills the chances for that student – or other students to think or to say something else.

I do think that some classroom management techniques can help here – the idea that Adrian Underhill and I have called “Working one-to-one within the class” – you have a way for helping an individual to improve while holding on to the interest of everyone else.

Other easily-learnable techniques are useful. If you have, for example, ways of not always hearing the louder, faster student (by deliberately, intentionally not hearing her/him) – or ways to bring in the quiet ones and encourage them to risk an answer (that the stronger students will also find interesting) – then you can start to build a whole class that listens to each other and works together. It’s not magic – this is the real skill of managing/ facilitating a group.

This is all doable whether sitting face to face in a one-to-one room, standing in the middle of a classroom of 46 teenagers or typing to a MOOC (Massive Open Online Course) of 3000.”

Our aims are to intervene elegantly and helpfully wherever we can be most useful, while taking care not to inadvertently prevent learning through over-help, over-direction, over-praise etc.

How are our roles as teachers changing?

Books, films music etc. have all had their crunch moment when they realised that technology had utterly changed everything. This hasn’t happened yet in teaching – but it will, very soon. The classroom of the future will be for avatars.

My teacher avatar will walk into a room (think: The Starship Enterprise Holodeck!) and meet, for example, a student from Shanghai, one from Lima, one from Graz – all in the same virtual space- despite being physically located around the world, all being “driven” by their humans, and totally immersed in the reality of their virtual experience.  The experience will be indistinguishable from the real reality outside their headset or holodeck or whatever.

This changes everything. This closes down physical language schools.

This fundamentally questions all of teaching methodology, materials and syllabus. I am convinced that this future is inevitable and not very far away. Just because the first iteration of such ideas has not been massively successful is no reason to suppose that they will never work. Personally I am amazed at just how much virtual worlds such as Second Life achieved in a first attempt.

Given the exponential growth of technological capability, I don’t think the explosion of successful virtual classrooms is very far in the future.

His other works include:

Jim lives in Hastings, a historic coastal town in South East England, famous for a battle that didn’t actually take place there! He is married to Noémi and has two grown-up sons – Alex and Ben, a young daughter, Maisie and an even smaller son, Orlando.

Jim was head of the team that designed the Euro exams, now widely taken in Central Europe and has been actively involved with Cambridge ESOL exams for many years.

He designed and implemented the Bell Online Delta course and every summer he is Academic Director of the Bell Teacher Campus at Homerton College Cambridge, where he welcomes teachers from all over the world on short, exciting, practically-focused Teacher Training courses.