There are currently no courses available via Seoul, South Korea.
Please see alternative courses here, or contact us 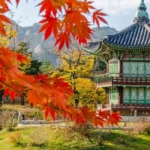 This partner CELTA teacher training centre is located on the 11th floor of a newly built tower near Gangnam Station, right in the heart of Seoul's buzzing entertainment district. It is known as one of the city's premier teacher training facilities.

The centre is home to a supportive, multilingual staff, and teacher trainers with high qualifications and several years in the business.

Accommodation in Seoul for Trainees

With a population of almost 10 million, and a metropolitan population of more than 25 million, South Korea's capital, Seoul, is the biggest city in the country and the 18th biggest in the world. It is home to over half of all South Koreans, and almost 700,000 foreign residents.

The vibrant metropolis is home to both ancient and modern wonders; from five UNESCO world heritage sites, to Lotte World, the world's second-largest indoor theme park. The skyline is dotted by the iconic N Seoul Tower, the gold-clad 63 building, and the Moonlight Rainbow Fountain.

Seoul is known as one of the world's most prominent global cities and has one of the largest global metropolitan economies. Companies such as Samsung, LG and Hyundai-Kia have their international headquarters in the city centre.

Seoul is known as the birthplace of K-Pop, a unique music genre that has gained an international following. Gangam, the inner-city district where the teacher training centre, is best known for the world-wide hit 'Gangam Style'.

You can find out more about Seoul via its Lonely Planet page here.

"The input sessions were really useful"