Am I too old to take the CELTA?

Time to Rewire: Second Careers in the ELT Industry. How old was Colonel Sanders when he founded KFC? 65. Vera Wang didn’t design a wedding dress until she was 40.

Time to Rewire: Second Careers in the ELT Industry

How old was Colonel Sanders when he founded KFC? 65. Vera Wang didn’t design a wedding dress until she was 40. Grandma Moses started painting at 75 and was only famous when she was 80. Abraham was 75 and Sarai 65 when these founders of faith got the call.

“Late bloomers” or “second professions” are, like the famous folk I’ve just mentioned, people at retirement age who are literally retiring the notion of “retirement”. They’re choosing to press the reset button instead.

Coming from New Zealand and being the daughter of two “Baby Boomers” (people born approximately between the years 1946 and 1964), I’m aware of the issues facing an aging population. New Zealand, like the United States, Australia, China, the UK and Canada to name just a few, have large Baby Boom populations. In the UK, the charity Independent Age estimates that over a quarter of the UK population will be aged 65 and above by 2030.

Making a Lemon into Lemonade

Studies like Harvard’s famous Grant Study, that followed the lives of Harvard men into their old age show that emotional maturation and positive attitude to aging, along with activity, and a deep sense of purpose is key to aging well: “…it is social aptitude, not intellectual brilliance or parental social class, that leads to successful aging.” Furthermore, the habitual use of these mature coping styles–ways of “making a lemon into lemonade,” in his [Valliant] words–is, in psychological and social terms, the most powerful predictor of successful aging.” (Lambert 2001, Article for Harvard Magazine on George Vaillant’s book Aging Well.)

Feeling positive in oneself is part of it, but also acceptance and playing a vital part in a community is another. Being surrounded by negative attitudes to age affects mental health. People exposed to ageism in media, social structures and the workplace report feelings of irrelevance and invisibility. In response to this, retirees are rewriting the story of aging and challenging notions of what seniors do with their time and energy.  Retirement is literally being rewired.

Retraining and refocusing existing skill-sets to start a second career forms part of an increasing amount of retiree plans. One of the growing sectors for older workers is teaching, where there is demand, and teaching English language particularly.

Taking on the CELTA Course as an Older Trainee

Peter Read, aged 65, from Harrogate in North Yorkshire, chose to retrain in English language teaching after over forty years working in the international Marine Insurance Market based in the City of London. The international aspect of his work had given him lots of exposure to other languages and a deep understanding of the issues surrounding international law and English. Misreading and misunderstandings had raised his level of language awareness and Peter had found himself inadvertently in the position of language teacher on many occasions. To become an English Language teacher seemed the perfect fit when the time came for a change. He had ideas of blending his legal background with teaching English for specific purposes (ESP).

The prospect of going back to school and taking the CELTA was naturally daunting. Any change is intimidating and can add to the stress that surrounds study. After a working life in the corporate sector, Peter found the prospect of writing assignments, lesson plans, photocopying, cutting, sticking and gluing not to mention the ever expanding spread of new technologies very challenging. It also took most of the CELTA course for Peter to begin to make use of the internet as a teaching or learning tool. Other trainees and the tutors of course, proved helpful with the navigation of interactive whiteboards and projectors. Lesson plan writing (tricky for everyone, I might add) took its time and he was thankful for tutor support and models to work from.

A Tech Noob? See it as an Opportunity

A challenging situation I found myself in once was setting up a website for a community where the website manager was 70 years old and couldn’t distinguish between what was internet and what was a Word document. It gave me an insight into what it was like not to have that ease that I take for granted. For a younger CELTA trainee, and younger teacher, navigating technology intuitively is an advantage.  An added stress for older candidates is the learning curve associated with new technologies for the classroom. However, this shouldn’t put an older CELTA trainee off. This is an opportunity for tech noobs* to share the teacher role. By this I mean making use of the prior knowledge that enters the classroom with the students. Older teachers can become experts in eliciting the technologies relevant to the learners in the room. There are lots of opportunities for knowledge exchange, co-facilitating and teaching the use of the technologies in learning. Look at it this way- the lack of knowledge in this area is just another opportunity for learner-centred classrooms.

People management, time management, assignments and performance stress on the intensive CELTA course challenges everyone regardless of background and age. The crucial first Thursday when the intensity of the course was wound up several notches, Peter considered pulling out. He was convinced otherwise by his tutors. Being an older trainee, it can be argued that Peter has more in his life-skills toolbox to draw on to combat the issues -stress itself, by a later stage in life, is certainly no newy.  The emotional maturity we hope to reach in the later part of our life, as mentioned by the Grant study, works in our favour.

Peter observed that his attitude was certainly different as an older trainee. Younger trainees possibly had more to prove, he reflected. The stakes were high with their careers yet to be formed, whereas someone in Peter’s position had a different perspective. The CELTA was part of an already long career-path and lifetime of challenges. His resulting perspective informed his more relaxed attitude. I use the word relaxed relatively, because there is little relaxed about the CELTA. In response to the stress levels, apart from a very forgiving partner and the odd glass of red wine, exercise was Peter’s stress relief. Throughout the CELTA course he never stopped his appointment on the tennis court every Sunday.

Going from being a director, or manager to a new level playing field in the CELTA can be a surprise for some older CELTA trainees. Peter took feedback on his lessons by people young enough to be his kids or even grandkids, on the chin. He found his naturally diplomatic personality came through and his life experience helped.

Years of negotiation, explaining and dealing with all sorts of people has left Peter with patience. That, and communication muscles, honed and further refined during the CELTA course. He’s found the increased awareness of the intricacies of communication has flowed out into other aspects of his life, post CELTA training.

Off the CELTA Course, Out into the Workforce

Like anyone coming off a training course, it’s not always so easy to land the roles we’re looking for straight away. Peter is finding that patience also applies to getting teaching jobs. It hasn’t been easy finding exactly what he’s looking for, but this hasn’t always been due to his age. A reality that faces many CELTA trainees in the UK, for example, is that the local market is competitive. Meanwhile, overseas, some of the working conditions that might be acceptable to a younger adventurer/backpacker, may not be an older teacher’s cup of tea. And let’s not beat around the bush. Ageism exists. It’s a reality. In China, for example, there is an age limit for English teachers set at 55. Not all countries and cultures are up to speed with these new “re-wire-ees”.

Peter has been offering himself as a teacher in his area of interest with businesses locally and with time he’ll build up opportunities, relationships and clients abroad. He’s been proactive, putting his years of experience to work with writing and creating materials and courses. A couple of articles are due to appear in Modern English Teacher. There is a perceived extra cost in the corporate world of employing someone with Peter’s experience and background in Law, but Peter at this stage in his career and life, isn’t in it for the money. He is rather more motivated by a desire to share his knowledge and is passionate about developing his teaching craft.

In ELT, we challenge learning methodologies where we don’t see effectiveness and champion reflection. We embrace technologies, we question technologies. We question ourselves, we question the world and are quiet activists for change on many fronts. In my experience, the ELT sector has always been peppered with advocates for inclusion and equality. With a little extra support in the areas of technology they may have missed while they were busy learning life skills, second career teachers can enrich our profession enormously. They can inject a different energy into a language school, a classroom and a staffroom. Their valuable ‘real world experience’, nuance, colour and texture, will benefit not only their learners, but also their colleagues and workplaces, enriching us with their presence.

*Noobies or noobs: people who are new to a concept, tool or situation.

How to Fund your CELTA Course

We look at the best ways to fund a CELTA course, save a little money and take advantage of funding options all around the...

Can I Fail the CELTA?

The short answer is: Yes. There’s a reason why we put your through such a rigorous application process. 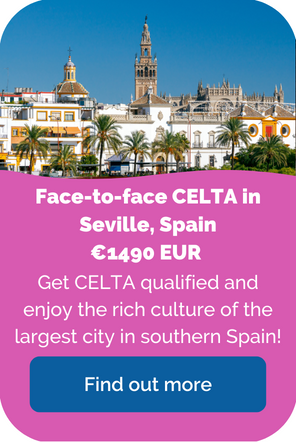 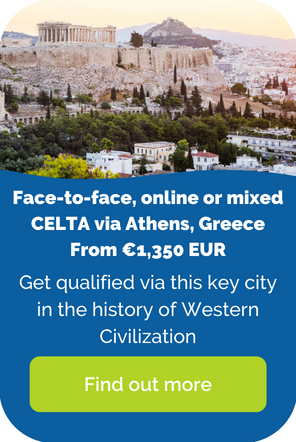 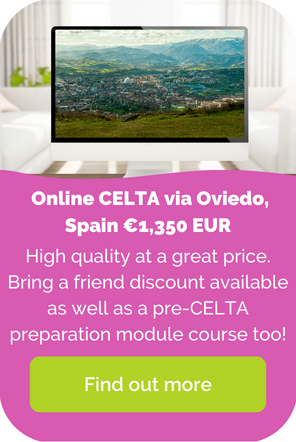 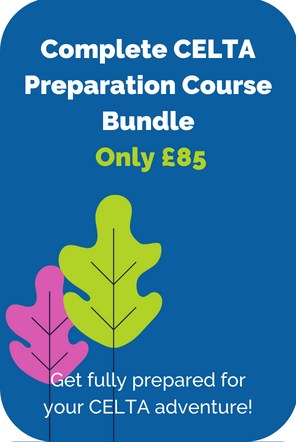