There are currently no courses available via Rostov-on-Don, Russia.
Please see alternative courses here, or contact us 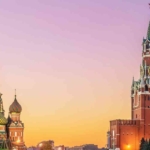 The teacher training centre in Rostov-on-Don is located in the heart of the city. Other than being a CELTA (and DELTA) centre, the school also operates as a fully functional Language School and offers a range of international certificates including IELTS, CAE, CPE, TKT and Test DAF (German).

The tutors who lead the CELTA and DELTA courses are highly qualified and experienced in a range of teaching and teacher training contexts. As a trainee in the Rostov centre you will benefit from the school's excellent facilities, well-equipped classrooms and modern teaching methods.

The teacher training centre can assist you in finding accommodation once your application is received. Applicants can discuss their accommodation needs during their interview with the CELTA course tutor, part of the free application process.

Located in southern Russia, Rostov-on-Don has a population of over one million people and is one of the country's main port cities, being connected to five different seas through the Don River: The Black Sea, the Sea of Azov, the Caspian Sea, the White Sea and the Baltic Sea. Nowadays, it is considered an important business and administrative centre with lively markets, theatres and riverside streets dominated by green spaces.

Rostov-on-Don is believed to have inspired some of the most famous Russian writers, including Anton Chekhov, Alexander Pushkin and Maxim Gorky. The city is also the setting for the four-volume epic novel And Quiet Flows the Don, written by the Nobel Prize-winning author Mikhail Alexandrovich Sholokhov.

Attractions include the Rostov State Opera and Ballet, the Maxim Gorky Drama Theatre, the Central Rinok, a massive market with tiny shops and booths, October Revolution Park and Park Gorkovo. Also not to miss out on are the Don River Lookout (Beregovaya ulitsa), also know as 'The Enbankment', considered the centre of nightlife in Rostov-on-Don, Pushkin Street with its wrought-iron globes depicting scenes from Pushkin's most popular works and the tile mosaics of the underground street crossings ("perekhody").

You can read more information about Rostov-on-Don via the official tourism page.