My CELTA teacher certification course was effectively organized and provided a balance of explanation and practice. Assignments and lectures usefully complemented each other, and overall… Read more “Truly committed to the success of each and every student”

An excellent course. The program delivered more than what I had expected. In addition to reviewing fundamentals of the English language, the course focused heavily… Read more “I would highly recommend the CELTA course” 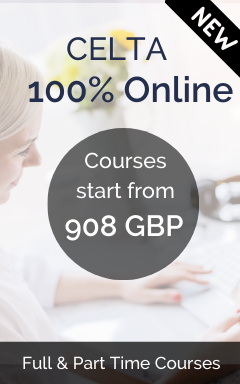 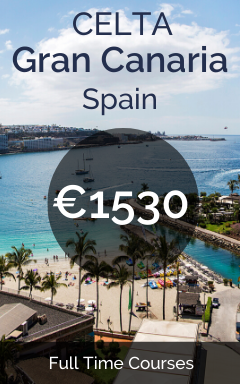 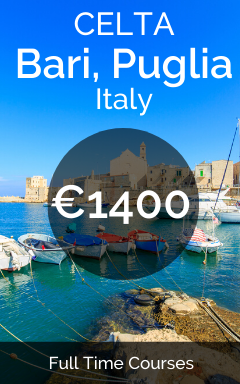 About the Center Accommodations Hawaii and Surroundings
CELTA Dates & Fees
Share this...

The training center in Honolulu is the only location in Hawaii, and one of only 12 locations in the US, to be an authorised provider of the Cambridge University Certificate in English Language Teaching to Adults (CELTA).

The newly renovated facilities are walking distance to Waikiki beach, and just minutes away from Ala Moana Shopping Center. There are many restaurants, bars, and shops nearby, and it's only steps away to Ala Moana Beach Park and Magic Island.

Trainees can also take advantage of the nearby bus service, that will take you to anywhere on Oahu. There's also easy parking access.

Some of the teacher training centre features include:

* Classes may be held off campus in the high season

All CELTA certificates are certified by the University of Cambridge in England.

As a StudyCELTA trainee, you will be able to sign up for free to our TEFL jobs website www.teflwork.com. TEFLwork is a platform only for qualified English teachers and will allow you to find work both at home and abroad with your newly gained CELTA certificate.

Our 2013 resident trainer has over 25 years’ experience in the field of English Language Training as a CELTA (main course) Tutor and Assessor, and IELTS Trainer and Examiner, a Director of Studies, course designer, material writer and instructor. She has worked in a variety of settings such as private language institutes, universities, for non-governmental organizations, government ministries and businesses in different countries.

Accommodation also provides non-homestay services such as student residences, apartments, hostels and a variety of condominiums.

Please note: the school deals with all requests. These are handled on a case-by-case basis and are designed to meet each individual student's needs. Once the application is accepted by the school, the student can arrange accommodation with the school directly.

Self Catering - Roomstay (No Meals)

All requests are handled on a case-by-case basis and are designed to meet each individual students' needs.

The Kaimuki Residence offers single and furnished rooms with kitchenette and shared bathroom facilities. It is convenient to reach the school by public transportation. Facilities include an outdoor BBQ, wireless internet access, coin operated laundry facilities, and bike racks.

The Kapioalni Residnece offers single and furnished rooms with shared kitchen and bathroom. The residence is next to a bus line, an array of restaurants, and is close to the school in Honolulu , Waikiki, shops and the ocean. Wireless internet access and coin operated laundry facilities, and bike racks are available.

They are located in Waikiki area and it is convenient to the Waikiki Beach, shops, restaurants, and the school in Honolulu by public transportation. All units have kitchenette and private bathroom. Internet access and coin operated laundry facilities are available. The facility service varies with the apartment buildings.

They are located in a convenient area to access to the school by public transportation. Coin operated laundry facility is available. The other facility service varies with the dormitory buildings.

For Before or After your CELTA Course!

There are primarily six major islands to visit in Hawaii: Kauai, Oahu, Molokai, Lanai, Maui and Hawaii Island. The oldest Hawaiian island is Kauai and the youngest is Hawaii Island.  The active Kilauea Volcano in Hawaii Volcanoes National Park is found on Hawaii island which features rugged volcanic landscapes while on the older islands rain-forests have developed.

The Hawaiian Islands are some of the most isolated archipelagos in the world. Hawaii enjoys a wide range of micro-climates and environments from beautiful beaches, rain-forests, volcanic deserts and high-altitude views.

Hawaii became the 50th state of the USA in 1959, but 1,500 years earlier is where things first started. Polynesians from the Marquesas Islands were the first wave of migration sailing over 2000 miles in canoes to migrate to the Islands.

In 1778 Captain James Cook landed on Kauai at Waimea Bay. Naming the archipelago the "Sandwich Islands" in honor of the Earl of Sandwich. A year later in Kealakekua Bay Cook was killed.

In 1791, Kamehameha united the divided tribes of Hawaii Island and went on to unify all of the Hawaiian Islands into one royal kingdom in 1810.

Then the first Protestant missionaries arrived, as well as seamen, traders and whalers, bringing with them religion, trade and disease.

By 1893, American Colonists who controlled much of Hawaii's economy overthrew the Hawaiian Kingdom in a peaceful, yet still controversial coup. In 1898, Hawaii became a territory of the United States.

On December 7, 1941, the Japanese launched a surprise attack on Pearl Harbor on Oahu. Four years later, on September 2, 1945, Japan signed its unconditional surrender on the USS Battleship Missouri, which still rests in Pearl Harbor today.

My CELTA teacher certification course was effectively organized and provided a balance of explanation and practice. Assignments and lectures usefully complemented each other, and overall… Read more “Truly committed to the success of each and every student”

An excellent course. The program delivered more than what I had expected. In addition to reviewing fundamentals of the English language, the course focused heavily… Read more “I would highly recommend the CELTA course”