I enjoyed the course every step of the way 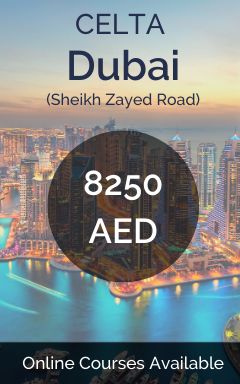 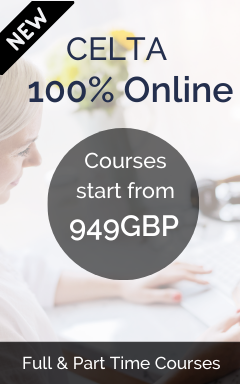 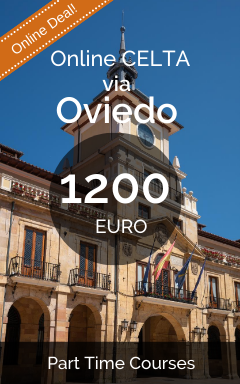 About the Centre The Teacher Trainers Accommodation Mexico & Surroundings

The CELTA training centre is located in Colonia Condesa, one of the most emblematic and picturesque places in Mexico City. Studying in such a central area allows you to move with ease to all sights like the Luis Barragan House study, the National Sound Archive, Chapultepec, the Zocalo, the house of Frida Kahlo, the Palace of Bellas Artes, the Templo Mayor Museum and spend time among the streets which are full of bohemia and the cultural atmosphere of  Colonia Roma and Condesa.

As a StudyCELTA trainee, you will be able to sign up for free to our TEFL jobs website www.teflwork.com. TEFLwork is a platform only for qualified English teachers and will allow you to find work both at home and abroad with your newly gained CELTA certificate.

The CELTA tutors are highly experienced teachers who have also received CELTA Trainer accreditation through the University of Cambridge. They have completed both the CELTA and Delta qualifications and have many years of both teaching and training experience. Some of them have MAs in TESOL, Teacher Education, Applied Linguistics and ELT. We also have two CELTA Assessors on our team of trainers (Orlando Delgado Mata and Edna Equihua), and one Delta Assessor (Orlando Delgado Mata, our Teacher Training & Development Coordinator).

Orlando holds Delta and an MA TESOL (Teacher Education) from the University of Manchester. He is a teacher trainer for TKT, ICELT, CELTA and Delta, and he frequently travels around the world as a CELTA & Delta Assessor, assessing CELTA courses and Delta candidates at other Cambridge centres. He also collaborates with the British Council and IH London as a Distance Delta Local Tutor and Orientation Course Trainer. He is an ICELT moderator as well as a trainer for online courses with IHWO.

Ricardo Fajardo has taught English for 16 years, 8 as a teacher trainer. He is currently a TKT, CELTA and ICELT tutor. He specialises in business English and teaches specialist courses including Language Awareness, Methodology and Phonology, amongst others.

Originally from London, Richard did this BA in English Language and History at Oxford University. He took both CELTA and Delta and worked as a language teacher in Spain, Turkey, Brazil and Saudi Arabia. He has an MA in Applied Linguistics (University of Kent, UK) and an MA in Stylistics and Modern English Language  (Royal Holloway, University of London, UK).  He has worked on CELTA and Delta courses and on BAs and MAs in ELT. He once was an ICELT Moderator and DELTA assessor and now collaborates with the CELTA training centres in Mexico.

Liz began her teaching career in Japan in 1997 and has worked in Poland, Russia, Syria and Brussels where she was an Academic Coordinator. In 2007 she was awarded the Cambridge DELTA before moving to Mexico City, working with the British Council. She is now a CELTA and ICELT tutor and a Local Tutor for Distance-Delta.

Miranda has ten years English language teaching experience. She began her teaching career in Colombia, where she taught everything from beginners to advanced levels, from young learners to exam preparation classes. There, she was involved in a number of projects such as designing courses for adult and young learner programmes, and doing cultural talks at local schools.

Miranda did her Delta in Colombia and then worked in Morocco, teaching business English to university students. Over the years, she has become more and more involved in teacher training and recently moved to Mexico City. As well as working as a CELTA tutor, she is also an IELTS speaking and writing examiner and an EALTS remote examiner.She is currently being trained up as an ICELT tutor too.

How to Reserve Accommodation

Check the box in the application form and you can arrange accommodation with the course tutor upon interview.

One of the largest metropolitan areas in the world, Mexico City has 16 boroughs and more than 300 neighbourhoods.

Seat of the executive federal power of the Mexican Republic, the Federal District is one of the oldest cities in America. It was recognised as Heritage City in 1987 due to its Historic Centre and its Xochimilco National Park.

The Historic Centre, was recognised because of its historical and cultural value meanwhile, Xochimilco holds the title of World Heritage Site due to its chinampas (floating gardens or small areas of fertile soil on the surface of lakes) which demonstrate the work carried out by its ancient inhabitants in order to build their habitat in a less than favourable territory.

Many of the most visited tourist attractions in Mexico City are concentrated in the historic centre, including the Plaza de la Constitucion or Zocalo, the National Palace, Metropolitan Cathedral, Templo Mayor, Palace of Fine Arts and Alameda Park. A few blocks north of the Palace of Fine Arts, Plaza Garibaldi is one of the best places in Mexico City to hear live mariachi music.

Other than being a fantastic city to study in and explore (and enjoy tacos and tequila!), the Mexico CELTA course also has a fantastic employment rate for those who have just obtained that oh-so-important CELTA qualification. To prove my point, take a look at the stats of CELTA course finishers earlier this year in Guadalajara, Mexico City and Riviera Maya below. Certainly something to take into account when considering where to take the CELTA course. Read more...

One of the smartest decisions I’ve made

CELTA was both an intensive and wonderful opportunity to expand my pedagogical framework and improve my teaching skills for teaching English to second language learners.… Read more “One of the smartest decisions I’ve made”

The course was really intensive