Everything you need to know ab...
Home Blog What I did after the CELTA: Guest Bloggers Changing Career after Retirement: Why I decided to take the CELTA 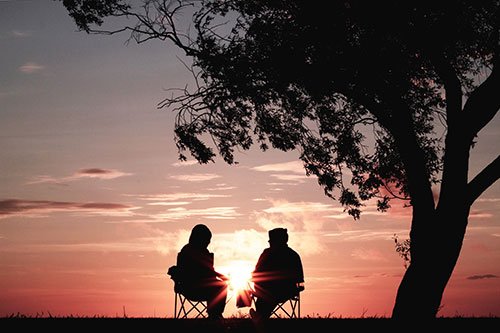 For someone who had completed their career and “Business Tour of Duty” having spent over forty years working in the international Marine Insurance Market, the prospect of Teaching English as a Foreign Language was daunting, so too was the change and contrast in environment! I knew that age wasn’t a barrier. For reasons associated with the enthusiasm of so many of the people I had met during my career who wanted to improve their English Language skills, it was essential to find a recognised and professional TEFL Course to achieve the first phase of my plan.

Having considered various options, including a plethora of online, distance learning, part-time and other obscure choices, I decided to enroll on a full-time, four week CELTA Course offered by the CELTA Centre in York. What a wise decision that was! I had no preconceived ideas of who it was I wanted to teach but thought that ESP (English for specific purposes) subjects, including Business, Legal and Insurance English and focusing on teaching adults were my best alternatives using my own business background. Time has shown that I have used my CELTA qualification in several other scenarios far removed from what I originally envisaged. Of which more later.

Retirement for many of the so called “Baby Boomers”, those born between 1945 and the early 1950s offers an amazing opportunity to re-invent oneself, to try new things and discover different challenges. Certainly, that has been my experience, though I am only too aware that many of my contemporaries made no plans beyond retirement. They seem quite content to travel the world, play golf and babysit the grandchildren! All this of course being dependent on their financial circumstances. Many are not so fortunate.

Why taking the CELTA was the right choice

I needed to keep physically active but also recognised a need for mental stimulation. I also wished to share my knowledge and life experiences. I enrolled at the Teacher Training Centre in July 2015, not only with some trepidation but also not really knowing what to expect. In hindsight, I certainly didn’t realise how intense the course is, what was involved and the demands that are made over the four weeks. The course was well structured and taught to a high standard. I had not ventured anywhere near a classroom since my university days. We were a small group of ten. My colleagues, who were aged in their 20s and early 30s, willingly and patiently assisted me, the “old fogey”, with handling the new technology, the interactive white board and provided technical guidance regarding the four written assessments that are a core component of the course. Though my success or failure in these was entirely down to me!

The first Thursday of the Course is said to be when some students decide that they do not want to continue. There are various reasons but include the academic pressure, volume of work or that the course simply wasn’t for them. I’m glad I decided to stay!

The demands of writing the assessments, preparing lessons and teaching students with varying English Language skills in the classroom is quite exhausting. Nevertheless, I passed my CELTA! Since then I have taught many students from different countries and backgrounds, both in the classroom, from Elementary to Upper Intermediate, on a 1:1 basis, written a number of ESP articles that have been published and designed a number of courses including one for the Marine Industry and one entitled ‘Workplace and Lifestyle English’ intended for a range of people, including many from the EU who are working in the United Kingdom in the service industry.

More information about the CELTA course in York, UK

TAGGuest Bloggers Retirement York
Previous PostMake it count: Teach English as a volunteer in Phnom Penh Next PostTeaching and Working with English in China: How the CELTA equipped me
Back to Blog