Everything you need to know ab...
Home Blog The ELT Industry Laying the Foundations for Better CELTA Trainees 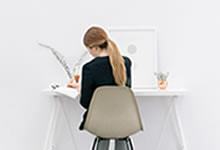 After realising that trainees on his own courses were struggling to come to terms with a lot of new concepts and techniques, teacher trainer Jamie King decided to look for a solution. After a chance conversation with an English teacher-cum-course-designer who’d noticed the same thing, the ELTcampus TEFL preparation course was born.

There’s a reason why all the talk around CELTA often brings up one word: intense.

For a lot of people, their initial, four-week teaching training course is like being thrown head-first into ELT-specific terminology, with barely enough time to come up for air.

Whether an experienced teacher or complete novice, a career-changer or recent retiree, there’s often some aspect of the CELTA that forces a trainee to change their mindset; some more than others.

Throughout his 15-plus years as a teacher trainer, Jamie King has encountered this problem time and time again.

“[There] are a lot of candidates who come from entirely, traditional, teacher-fronted educational environments, who may have no concept whatsoever of the idea of handing the lesson over to learners, and to help learners facilitate their own learning. They feel they need to do everything themselves in the classroom.” 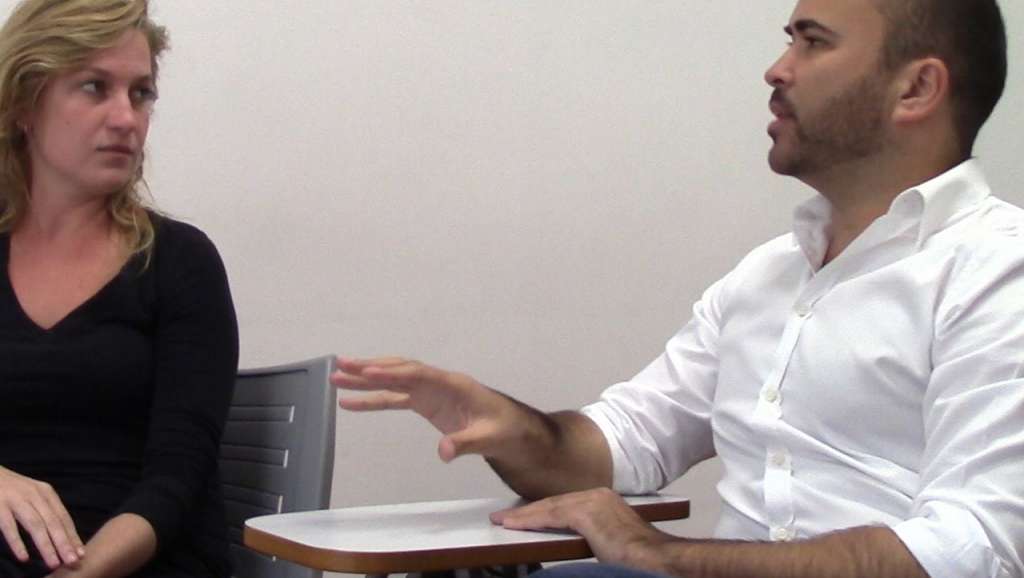 It’s hard for teacher trainers to bring uninitiated or underprepared trainees up to speed when there’s barely a little wiggle room on an intense, 120-hour CELTA course.

Between lesson planning, input sessions, assignments and teaching practice, trainees barely have enough time to come to grips with new classroom techniques, methods and concepts. This often leads to trainees falling behind, higher stress levels, and some not-so-great results at the end of it.

So Jamie King found the solution – in better preparation. 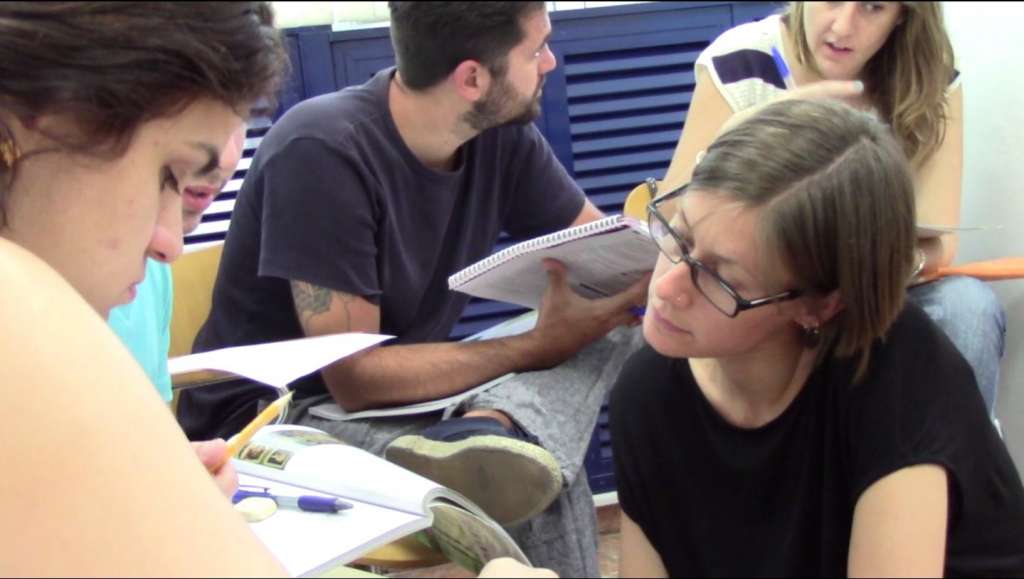 A still shot from one of the course’s observation videos

As King began developing his course, somewhere on the other side of Europe, Emma Pratt and her team had the same idea.

Having worked as a teacher and, then, a web developer at StudyCELTA, she too saw the need for a preparation course to bridge the gap between teachers from a variety of educational backgrounds, and the set ideas behind the CELTA course.

“I was telling Jamie about how we [at StudyCELTA] felt there needed to be some sort of product to familiarise trainees with the CELTA course concepts before they start,” she recalls.

“He then told me that he had also noticed the same thing, and that he’d already begun laying the groundwork for a course”.

It was at that point that they decided to team up and take the course from its originally envisioned classroom setting to an online platform: onscreen, on-the-go, and in the palm of your hand.

The TEFL preparation course on ELTcampus was born. 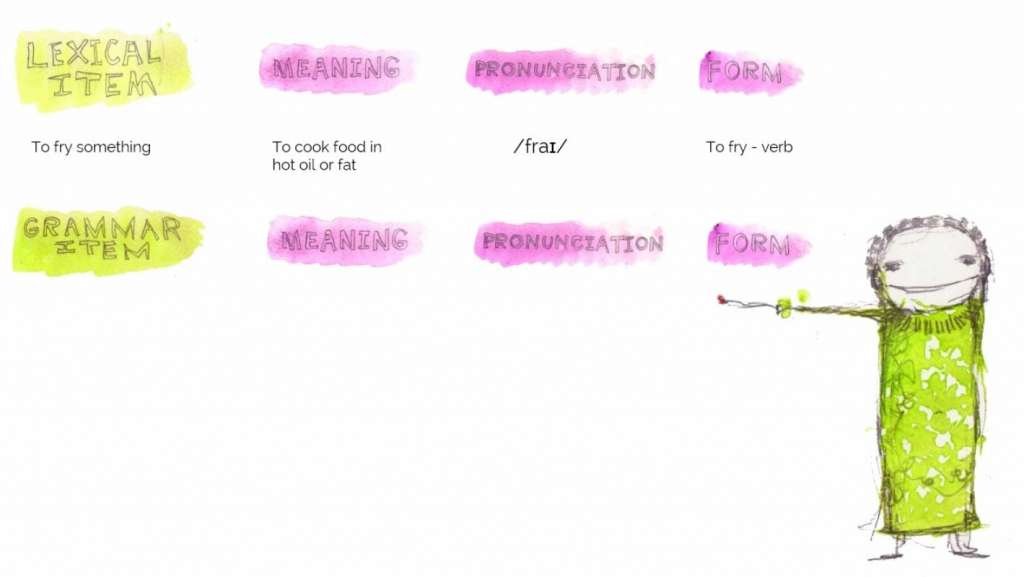 One of the many hand-drawn illustrations on the course, illustrated by course deisgner Emma Pratt

There are already a number of preparatory materials out there for future CELTA or Trinity CerTESOL trainees, such as Cambridge’s grammar refresher course, a range of recommend books, and pre-course tasks delegated by the teacher training centre.

But while these delve into technical elements of English grammar, phonetics and pronunciation, King still recognised a gap in the market.

“There’s a lot to learn on a Cambridge CELTA or a Trinity CertTESOL, and that’s what we decided we needed a product for; to help candidates manage that content,” he says.

That’s where the idea behind the TEFL preparation course on ELTcampus came from.

“The basic fundamentals of effective education remain just that: fundamentals,” he explains, “I believe the fundamentals should be our starting point.”

“What they need, I believe, is exposure to those fundamentals at earlier stages in their training, so it sets them up in good stead for further development in those very things throughout their career.”

That’s what, according to its creators, sets the TEFL preparation course apart from other CELTA or CertTESOL preparatory options.

Rather than reviewing grammar or assuming that trainees are ready to put their knowledge into practice from the get-go, the course is an initial introduction into the main concepts and terminologies that future trainees may have trouble getting their heads around.

“We look at the notions of learner centredness, learner differences, needs based learning, differentiation, monitoring, feeding back to learners, contextualization of your language and so on and so forth.” 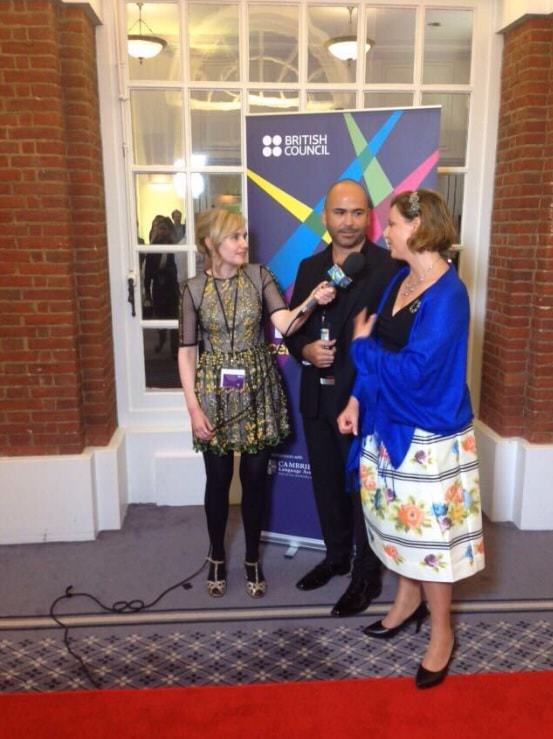 According to Pratt, the course was developed with the modern learner in mind.

“We’re really aware that the way people are learning is changing, and a lot of people want access to information and learning when they can and wherever they are.”

“We wanted to create an accessible, responsive preparation course that people could use from their computers, tablets or mobile phones,” she says, “The course is made up of interactive graphics, videos, simple explanations and mini revision quizzes.”

Together, Pratt and King spoke to teachers and teacher trainers from around the world to develop the course content.

“We discussed with them what they felt the core principles of training were, and what were some of the emerging needs that candidates were having on their teacher training programs,” adds King.

“Teachers doing programs like CELTA and CertTESOL are from an increasingly international market these days, and teachers from non-English speaking environments are becoming the norm.”

After over a year of testing, trials and run-throughs, the finished product was finally put to use by future CELTA course trainees.

“I feel more confident about doing the CELTA after this course”, says Maialen, one of the first trainees on the course after its launch.

“I was always a bit nervous of the fact that I am not a native speaker. I have noticed throughout the course, that it is not about being native, but being able to teach and handle situations quick and smoothly.”

The course was also short-listed the innovation in teacher resources category at the 2016 British Council ELTon awards.

Before the preparatory course’s conception, the onus was on the trainee to do the pre-course legwork; to fill out the centre-provided pre-course task, order the books, and trawl through pages of grammar explanations. That was all without knowing whether any of it would be of use on the CELTA or CertTESOL course.

That’s where Pratt and King hope to have made a difference; by laying out the main ideas on an engaging, easy-to-use platform, and giving the trainees the peace of mind that what they learn from the course will actually be useful.

“By the time they come to do the [CELTA or CertTESOL] course, they’re in a better position to hit the ground running, or at least have a better foundation in those concepts and principles,” adds King.

And that, he hopes, will make the course a little less intense.

TAGcelta preparation CELTA Trainees Teaching English The ELT Industry
Previous PostIsland Tide Turning: How Malta is Shifting its ELT Image Next PostEverything you need to know about teaching English in South Korea
Back to Blog