Everything you need to know ab...
Home Blog The ELT Industry Island Tide Turning: How Malta is Shifting its ELT Image 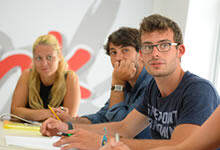 Island Tide Turning: How Malta is Shifting its ELT Image

From warm, Mediterranean island to ELT powerhouse: Malta is in the midst of a huge ELT industry shift.

At the fourth annual ELT Malta Conference in November last year, the industry was feeling the aftereffects of change.

Just months prior, the old government-moderated EFL monitoring board had become defunct; replaced by a newer, slicker, ELT council. And with it came a renewed set of rules for teachers.

“What we’ve been trying to do for years is to emphasise the fact that Malta is the ideal place to learn English because we offer a standard that our competitors cannot really offer,” Daniel Xerri, chairperson of the new council told Study Travel Magazine at the conference.

“What we’re insisting on is that we’re a quality destination since we regulate every aspect of the industry.”

From start to finish; tuition, accommodation, and services; the council sought to update existing regulations to cover every area of an English language student’s stay – right down to their teachers’ certification.

A new EFL teachers’ accreditation scheme was introduced in tandem with Feltom, the Federation of English Language Teaching Organisations in Malta.

“We have high standards already in place when it comes to regulating the industry, but Feltom, by means of its accreditation scheme, seeks to take that a step further and insists on somewhat higher standards,” added Xerri.

Essentially, to obtain a teaching permit, a teacher will need to hold a Cambridge CELTA, Trinity CertTESOL, or any other certification that has been tightly regulated and approved by the body.

On top of this, teachers must undergo a minimum of eight hours continued professional development (CPD) per year. 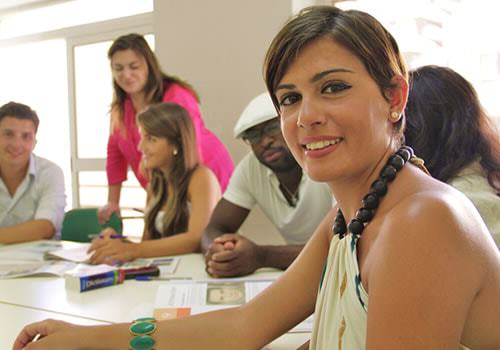 Teacher trainer and academic manager at StudyCELTA’s partner centre in Sliema, Angie Conti, says these changes were at first hard to adjust to.

“It was initially not met with open arms by teachers who work here because it seemed like an extra burden”, she says, “But, once [the teachers] started attending workshops, seminars and conferences, in order to top up their CPD hours, generally they realised that there’s a lot to benefit from.”

Maltese-born Angie started teaching English over 13 years ago, and has witnessed the changing industry first-hand.

“I started teaching English in 2003, simply because I wanted a change of career and I couldn’t think of something I wanted to do… I didn’t do my CELTA straight away,” she says.

“Now they’re very, very strict, and without having the right qualifications you’re not allowed to work as an EFL teacher.”

This upgrade in regulation is all part of a shifting image in Malta; from a sunny, southern-European island, to an English language teaching powerhouse.

Just months ago, a local newspaper on the island lauded Malta as ‘synonymous with an all year quality destination…for those wanting to learn English.’

“There has been a very, very drastic shift”, adds Angie, “Teacher training courses are standardised, monitored, checked, to make sure the appropriate kind of training goes on.”

Teacher Training and Permits in Malta

What began as a simple change soon blossomed into a fully-fledged career for Angie Conti, who went on to take the CELTA and Delta in Malta.

“[The CELTA] changed things a lot for me; it really, really opens up doors”, she says, “Then I started to realise that I loved mentoring other teachers, I loved helping them solve problems, sharing ideas with them… so I thought that maybe teacher training was something that I could do.” 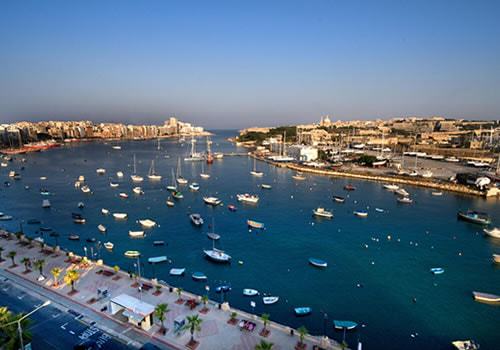 Once a new teacher obtains their CELTA or another recognised qualification, they can apply for their teaching permit, which costs €20 over four years.

“It’s very important for teachers to check if their qualifications are valid, unfortunately not all are recognised”, Angie advises, “The qualification should be at least a level 5 on the syllabus.”

From the outset, Malta looks like another warm, southern European nation to spend a summer sojourn as an English teacher.

But beneath the surface, it’s a land of year-round opportunity.

“It’s a busy industry and it’s definitely known as a centre for English teaching… work fluctuates, and vacancies come up all the time,” adds Angie.

The average teacher can expect to make between €1000 and €1200 a month, which is enough to cover the cost of living on the island.

“As long as you stay away from the hub of the main towns, rent is affordable.” 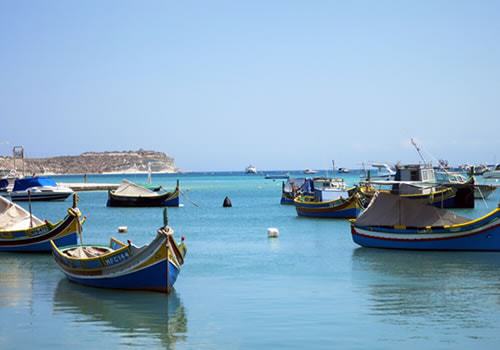 The island nation is renowned for its rich, cultural tapestry and pristine coastline; in 2015, it was ranked third in a tally of the most liveable countries for expats.

Tourists often flock to the blue lagoon, a sheltered inlet on the smallest island of Comino, while locals prefer to float on blow-up lilos in the calm waters of the harbour between Valetta and Sliema.

Angie names the country’s immense culture as one of its biggest drawcards.

“There’s lots and lots of variety, it’s got the typical Mediterranean way of life, but it’s also got a lot of touches of Middle Eastern life, and the influence of the British.

“This mix can be found everywhere; in the buildings, in the traditions, in the way the people look, the way the houses are decorated, and the Maltese food.”

Find out more about moving to Malta

We’ve put together this helpful guide on living in Sliema, Malta. If you’d like to teach English in Malta and need to get trained, have a look at some of the courses offered by StudyCELTA in the country year-round.