Everything you need to know ab...
Home Blog The ELT Industry Five Things We Learnt at the Innovate ELT Conference in Barcelona 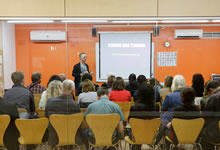 Some of our StudyCELTA team members were lucky enough to attend the Innovate ELT conference in Barcelona over the weekend. Here’s what they took away from it:

The theme ‘power to the teacher’ can be interpreted in so many ways.

Is it power to take the next steps from the everyday classroom, to the world of materials development, publishing, EdTech or blogging?

Power to fight inequalities that are so rampant in the ELT industry?

Power to pursue your own professional development, to request a raise, or just go it alone?

The answer? Well, it’s all of the above.

Here’s what we learnt at the 2016 Innovate ELT conference in Barcelona about what ‘power to the teacher’ really means. 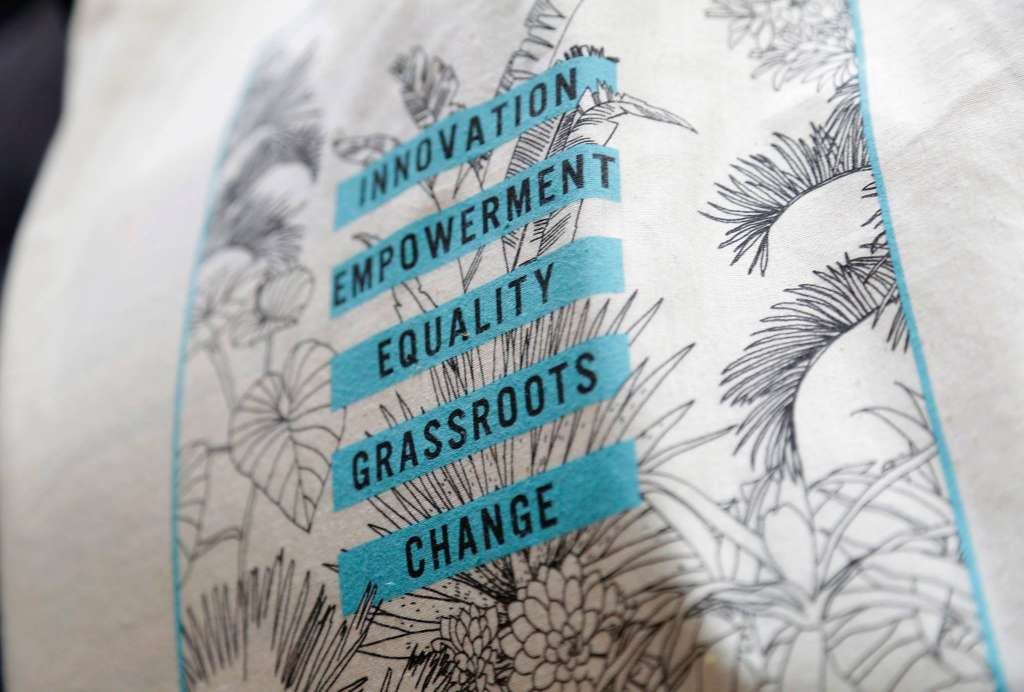 Equality is at the forefront of English language teaching discussion

From the IATEFL conference in Birmingham back in April, to the Innovate ELT event this past weekend; the debate currently surrounding the ELT industry is permeated by positive pushes for equality.

English teaching has long been a vocation with an ideal archetype; he’s native speaking, white, and clearly, he’s a he.

Nicola Prentis’ closing plenary shed a whole lot of light on inequality between the sexes in ELT, bringing forward compelling examples; both quantitative and anecdotal.

60 per cent of ESL teachers are women, the remaining 40 men; but somehow this percentile split is often reflected in reverse – or skewed even further – when it comes to the top names and accolades in ELT.

In a survey, over 500 respondents were asked to name the biggest names in TEFL world. Broken down, the results showed that in the top ten, just one name was female. In the top 20, there were three.

But the real hot topic of the day was the native/non-native speaker complex, an issue which has plagued the industry for years, and is finally being brought forward into the limelight.

Lead by TEFL Equity Advocates founder Marek Kiczkowiak, much of the debate centred on which came first: the chicken, or the egg?

Is the onus on the students to changes their attitudes towards non-native speaking teachers? Or is it up to the schools to counter discrimination by hiring more?

If there’s one thing we took away from the conference, it’s that people are talking. And they’re not afraid to, either.

Over the past couple of years at StudyCELTA, our applicant numbers for both CELTA and Delta courses have seen a pretty even, 50-50 split between those who grew up in Anglophone countries, and those who didn’t.

To think that half of our graduates will face difficulties when looking for work is disheartening, to say the least, especially when so many treat the vocation as their life’s work.

But, after years of same-same in the ESL industry, this is different. The big issues are in the spotlight, and people are coming to a consensus for change.

And it’s a change we’re welcoming with open arms.

EdTech is here to stay

Once just scoffed at as a bit of a classroom ‘novelty’, the Innovate ELT conference has proven that technology in English education has well and truly cemented its place – and rightfully so.

Gone are the days where screens were seen as a distraction from notebooks, pens and worksheets – students can now be involved in a multi-face video chat room, take learning from paper, to computer screen, to tablet on the train, download apps to drill and revise, and WhatsApp with their teachers and peers.

Some EdTech stand outs from the event came from two of the ELTjam founders, Nick Robinson and Jo Sayers. With education technology firmly in mind, one looked at learner and user experience (and where we’re going wrong), and the other at developing mobile apps, respectively.

What can we learn from user experience (UX) to create a better learner experience (LX) in the classroom? One piece of advice: don’t take your cues from supermarket self-service check outs.

Rather, be an easy-squeeze ketchup bottle; make it easier for learners to drain that last little drop out of everything they do.

And, use apps. Lots of apps. Jo Sayers recounted his team’s experiences with building a WhatsApp ‘bot’ over a weekend-long hack-a-thon, designed to give quick and useful answers to everyday English problems for Spanish-speaking expats in the UK.

Think: “How do I ask the barber for this haircut?”, or “How can I explain this plumbing problem to my landlord?”.

In just the first 24 hours, Ask Me English (or Amé as it was more affectionately known) already had 84 users and had sent and received 1048 messages, forcing the overworked ELTjam team to shut down sign ups.

But it’s not always so easy to foster an active and engaged online community.

Our own team member, Emma Pratt, who is the founder and course designer at ELTcampus, spoke in her session about the difficulties of building online communities.

So many progressive teachers are enraptured by the idea of social media groups and mobile chats that take learning from the classroom to the everyday, but so many fall short when it comes to the actual execution.

Just because you build it, doesn’t mean they’ll come.

Emma looked at nurturing your first followers, and enticing social media ‘lurkers’ to take part in the conversation.

Professional development isn’t just up to the teacher

Continued training and development is always a recurring discussion theme when ELT minds get together. Is an initial qualification, such the CELTA, enough? Is it worth aiming for the Delta? And what falls in between?

An interesting point that was brought up in a teacher training discussion was that the CELTA course, for example, does not make one a ‘teacher’. Instead, it’s like a driving test; it makes sure you’ve got the basic skills and you know how to use them, but the rest is up to you once you hit the road.

Essentially, the classroom is where the rounded teacher is formed.

But what lies between the initial CELTA, and, a few years down the track, the more advanced Delta? There’s an apparent gap in professional development, that’s seemingly up to the teacher to fill.

Many resort to blogs, webinars, online training and conferences, such as this one, for further learning. But should their schools play a hand in encouraging this? Or is the onus on the teacher to pursue their own professional development?

At the end of the day, language schools are businesses, and many don’t have the resources to continuously train teachers (especially if they’re coming and going from one semester to the next).

That said, however, investing in teachers is investing in a better business model; a lower staff turnover rate, a better product and more satisfied learners.

There are so many different pathways in the English teaching industry

One notable feature of the Innovate ELT conference was the focus on ‘pathways’ for English teachers, both within the conference itself and further afield.

The event programme was curated in such a way that teachers could follow their desired direction from seminar to panel session, presentation to plenary.

Whether looking to become an equality activist or empowered teacher, book publisher or teacher trainer, there were sessions designed for every objective.

This reflects a notion that is becoming more and more current in the industry, namely, the demand for career paths or purposes that go beyond just the everyday classroom.

Teachers are evolving into bloggers, app developers, consultants and writers. And, as these career avenues are more firmly constructed, so too is the bridge between the ‘us’ and ‘them’ – the teachers and ‘others’, that once implicitly divided two sides of the industry.

It’s no longer frowned upon to cross over to the ‘dark side’; from English teacher on the frontline, to materials developer, course book writer or tech head, backing them up in the trenches (if you pardon the warlike analogy).

There are loads of great people making meaningful, positive contributions to the English language teaching industry

There was a certain mood hanging over the whole weekend. A mood of positivity, of change and progression. A sense that everyone involved was there to contribute something great.

Whether it was empowering teachers to try a new technique, to branch out into other career fields, or even to put themselves forward as a conference speaker, the theme of the event constantly rung true: power.

The main take away from the day? The ELT industry is going places. Expanding. Strengthening.

And it’s an exciting time to be a part of it all.

TAGBarcelona Innovative ELT The ELT Industry
Previous PostHow to Fund your CELTA Course Next PostIs it worth taking the Delta course?
Back to Blog