Everything you need to know ab...
Home Blog Teaching Abroad The Island of Ouessant

The Island of Ouessant 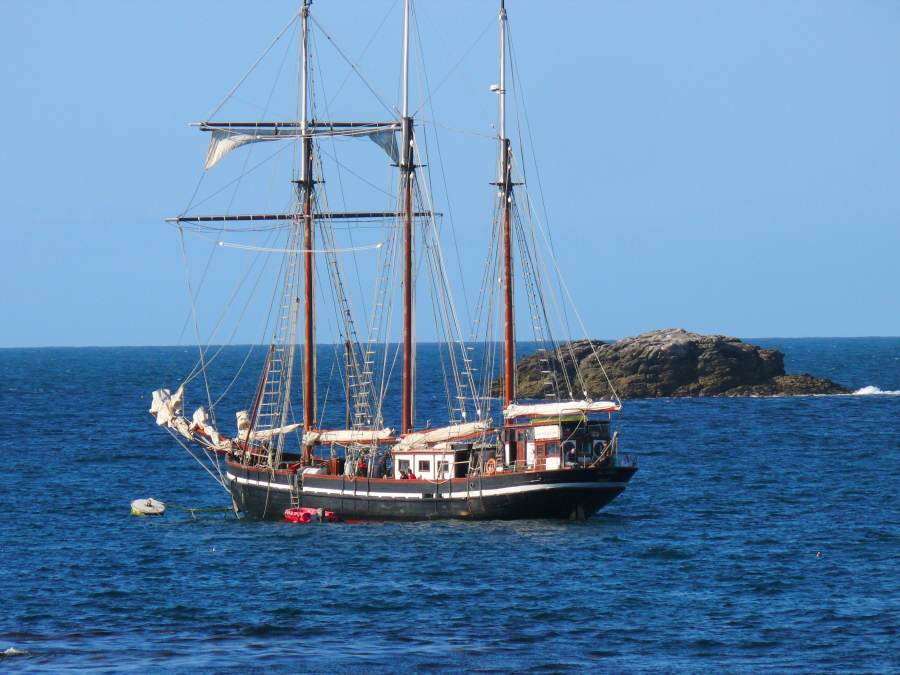 A trip out by boat to the island of Ouessant is a ‘must’. On the way you’ll get a good view of the mouth of the Brest estuary, St Matthew’s point, strange black stones jutting out in the sea known as the « Pierres Noires » and their green cousins, the « Pierres Vertes » as well as the islands of Béniguet and Molène. Ouessant is part of an archipelago of islands and is 7 kms long and 4 Kms wide.

As you sail past Molène you will first catch sight of the high point of the island of Ouessant. In winter many ships have been pushed onto its rocks and the annals of maritime history are full of tragic and heroic stories of mariners who have braved the treacherous currents which encircle the island, which, not to help matters, is often covered in fog in bad weather. Legends abound of sailors who have been tempted by the calls of the mythical sirens and who have perished on the coasts of Ouessant. 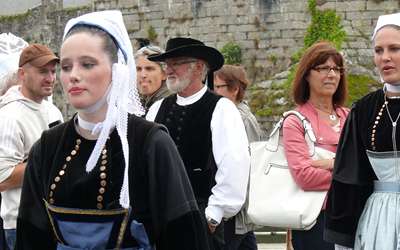 In summer however the seas are calmer and the temperatures on the island similar to those on the mainland.

You will land at the main town on the island, Lampoul. 1,000 people live on the island, mainly from farming. People have always lived on Ouessant and local stories tell of early Druidesses living there who could control the elements and who would sell their services to passing sailors. Ironically, the local inhabitants have never developed a tradition of fishing (maybe it was too dangerous to do so!) and have preferred to earn their living by working for several years at a time on merchant or naval vessals.

So the island, over time, became the sole property of the women who stayed behind. Responsible for all the activities of the island, it is the one place where historically it has been the girls who decided who they would ask the hand of in marriage. The two colours which dominate the houses are linked to the predominance of worship of the Virgin Mary on the isalnd; white paint on the houses and blue shutters on the windows.

The women have traditionally always built the houses, maintained the windmills, tended the fields, raised the distinctive small black sheep typical of the island, gathered the seaweed which serves as fuel in winter, as well as all the other domestic chores. Sons were taken away by their fathers from the age of 11 to go and work on the ships. 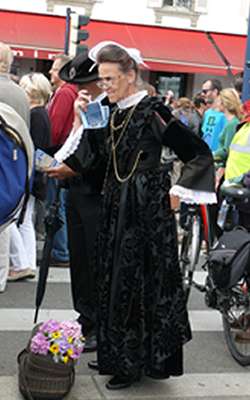 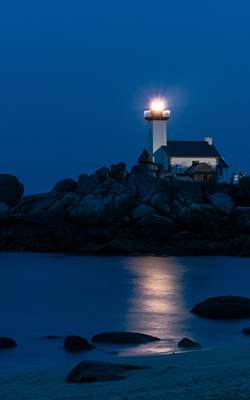 The islanders have their own renowned cuisine as wall : a variation of the Breton ‘far’ cake called ‘Farz-oaled’ and made of bacon and dried plums, as well as a type of lamb stew which they leave bubbling of the fire for hours whilst they’re out in the fields.

Today Ouessant possesses one of the most powerful light-houses in the world. Situated on the Créac’h point of the island, it also houses a fascinating museum of light-houses. It traces the tradition of light-houses back to the very first, built on the island of Pharaos, facing the port of Alexandria, by Ptolemy in 3,000 BC. Over the centuries several light-houses have been built on Ouessant with wonderful names : Le Stiff, Kéréon, La Jument, Nividic and Créac’h. You can visit them all.

TAGBrittany France Ouessant Teaching Abroad
Previous PostSee you in Strasbourg! Next PostThe Island of Batz
Back to Blog