Sun, Sangría and CELTA? TEFL Jobs in Spain are Booming 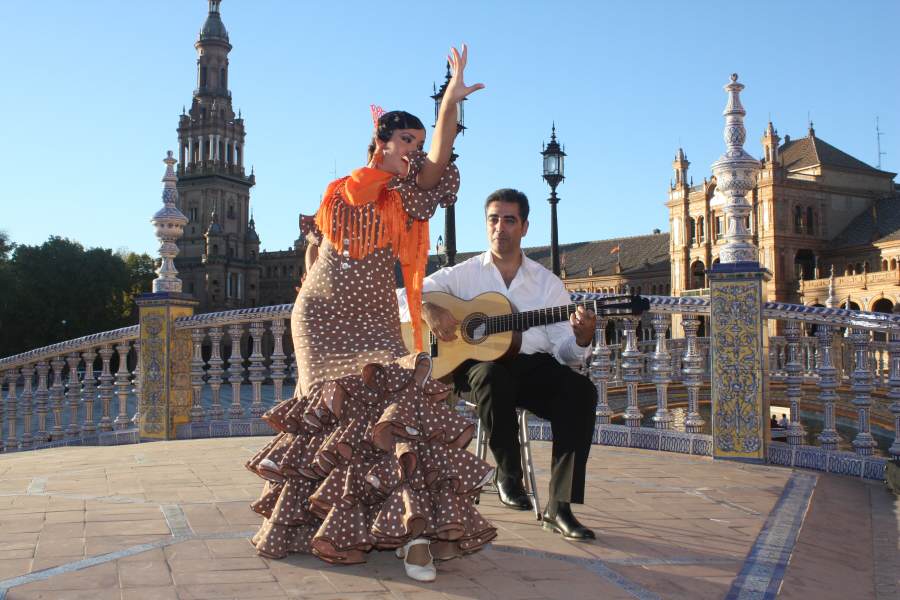 In the last few years the stories making the headlines regarding Spain have all been rather gloomy and with youth unemployment close to 50% and many having seen the value of their homes slashed by up to 50%, you would be forgiven for thinking that Spain may not be the most ideal location to move to in search of work.

This could not be further from the truth! Although not completely out of the danger zone, Spain has officially climbed its way out of recession and the funk is beginning to lift. One sector that is currently flourishing is private education. Recent changes in Spanish legislation have meant that many of the countries universities demand their students have at least B1 level English and this is set to rise higher, to B2 or C1 level later this year. Many jobs in Spain now require that applicants also have B1 level English and this is evident not only in the tourism sector but also in more traditional jobs such as teaching in the state school system. In a country where all the films and TV are dubbed and access to Spanish language media from other regions of the world is easy, aside from perfunctory English in the state school system the level of English, away from the Costas and major cities such as Barcelona and Madrid, has traditionally remained low. In recent years this has led to the number of English academies in all corners of the country sky-rocketing.

The days where it was easy for any native speaker to pick up a job without qualifications are long gone and most schools in Spain now require teachers to have a degree and CELTA qualification. Knowledge of the Spanish language is not necessary but will help job seekers particularly in areas away from the big cities.  Average salaries range from about €1200 to €1350 per month which although being below many places in Europe and Asia, provides a comfortable lifestyle as the cost of living in many areas remains low by European standards. The sheer number of jobs on offer means that applicants with experience are often able to negotiate a higher salary.

If you fancy a life in the sun, weekend trips to the beach and a country rich in culture, fiestas and fantastic food and wine, Spain could be the perfect place to take your CELTA course. Many CELTA providers in Spain employ their own students after completion of the course and if they don´t they will be sure to pass on your contacts to schools in the area.  Schools start looking for teachers in May for the next year but employment opportunities are usually plentiful until the end of September when many of the private academies begin term.

StudyCELTA offers CELTA courses in each of the Spanish destinations below.

Quirky, cosmopolitan and effortlessly cool, Spain´s second largest city entices with its urban beach, hidden courtyards of the Barrí Goti and the beautiful waxy spires of the cathedral designed by its most celebrated son, Gaudi.

Madrid, capital of Spain, is a city of contrasts where 17th century churches jostle up alongside gleaming skyscrapers and an afternoon of bullfighting may be followed by dinner in the latest sushi joint. Lose track of time in the Museo del Prado which hosts one of the finest collections of European Art in the world.

Sultry, seductive Seville is the largest city in Spain´s most southern region Andalucía. It hosts some of the finest architecture in Spain from the Moorish Alcazar palace to the 4th largest cathedral in the world. The city is also home to the passionate song and dance of Flamenco and also hosts some of the country’s best and most varied Tapas bars.

Home of the most famous of Spanish dishes, Paella, Valencia a large port city sits overlooking the Mediterranean coast. This traditionally industrial city has recently undergone a Bilbao style renewal and many parts of the city have been completely transformed. Its strong sense of regionalism and pride have only increased.

Malaga is located a stone’s throw away from the beaches of the Costa Del Sol and yet retains the swagger and atmosphere of a Mediterranean port city. The historic centre is thoroughly charming and offers some of the best and most unique Tapas bars and nightlife in the country. With over 320 days of sunshine a year Malaga is one of the sunniest and warmest places in Europe.

With as many Michelin starred restaurants as it’s possible to cram into a small city, San Sebastian is a foodie’s paradise. The city frequently tops the lists of best places in the world to eat and is home to one of the most beautiful urban beaches in the world.

Las Palmas, capital of the Canary Islands is an authentic working class Spanish city. The oldest quarter of the city, Vegueta, was made a UNESCO world heritage site in 1991. If you fancy a plunge in the sea between studying, sightseeing or shopping then Playa de las Canteras provides you with a unique opportunity right in the city centre!