Everything you need to know ab...
Home Blog Teaching Abroad South Korea: Ample jobs, high salaries, but from 2016 you will need a CELTA 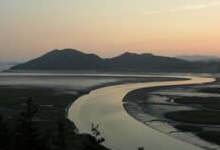 South Korea: Ample jobs, high salaries, but from 2016 you will need a CELTA

South Korea, an East Asian powerhouse, has over the last 20 years become one of the most popular places in the world for those seeking work in the TEFL profession.

The reasons why the country is so popular are numerous; from the sheer amount of work available, to the exciting food, unique culture and opportunities for travel in the region. However, the single most important reason for its popularity is the countries very favourable working conditions for TEFL teachers. 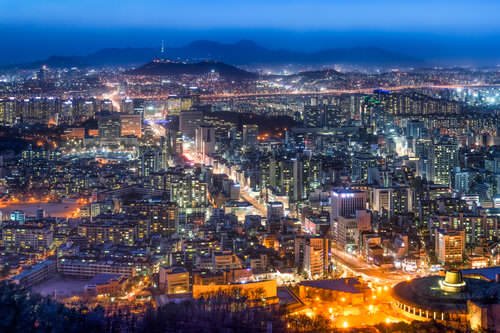 Traditionally, like other neighbouring countries such as Japan and Taiwan, a general bachelor degree has been all that’s needed to land a job and experience has been valued much more than TEFL qualifications. It does appear however that the tide is turning in Korea. After changing their policies in spring of this year, two major parties responsible for the recruitment of thousands of ESL teachers, EPIK and Korvia Consulting, now require that all applicants have a 100 hour TEFL qualification, which must include a minimum of 20 hours in-class learning. Online course qualifications will not be accepted.

If you are looking to take a CELTA over the next six months then Korea could be the perfect place to look for work, and, if you are already residing in South Korea, now is the perfect time to start thinking about getting qualified.

Wedged between two giants (China and Japan), which for long periods of history have not been the friendliest of neighbours, Korea has managed to maintain its own unique customs, cuisine and language.

Modern Korean cuisine features a fiery hot smorgasbord of meat and fish dishes typically served with wild greens and vegetables. Fermented and preserved foods are also popular. Nutritious Kimchi (spicy fermented cabbage), is the Korean staple dish and is renowned for its health benefits. It was even claimed that during the Asian SARS crisis of 2003, that the consumption of Kimchi was responsible for Korea having very few reported cases of the disease, compared to its neighbours.

Regional dishes are abundant, and there is a significant amount of value placed on locally grown food. Almost every meal features seafood of some variety, as South Korea’s location on the southern tip of a peninsula gives its people access to the fish of three different seas.

Koreans are big drinkers and many on the peninsula do not understand the concept of being teetotal. In a culture which can at many times be rather formal, the consumption of alcohol is encouraged amongst colleagues and friends to promote good fellowship and loosen the strict age and hierarchical values which govern everyday life. Sitting around a tasty Korean BBQ cooked at the table is the perfect antidote after a night on the Soju (local rice vodka of choice).

Ooopa Gangnam style! Who in the world has not heard this catchy line over the last few years? Korean popular culture is one of the country’s biggest international exports.

Girls Generation, 2NE1 and Big Bang tunes can be heard blasting out at bars and discos all over the world and there are increasing opportunities for lovers of music to find local gigs for not just the big manicured groups but also for home-grown reggae, rap and house music DJ´s.

Korean TV dramas which often depict unique cultural or socioeconomic issues are also extremely popular at home  and abroad and it may be worth watching a couple before moving to Korea if you wish to understand a bit about the psyche of the nation.

The Korean language is another unique feature of the country. It belongs to the Altaic group but is completely distinct from other languages in the region.

Although the characters may look confusing, they are actually an alphabet (hangul) formed of 24 consonants and vowels.

“안녕하세요” pronounced “ann yeong haseyo”, meaning “hello”, is sometimes as much as many foreign teachers can master! Some do get stuck into the language, though, and find that the Koreans are extremely helpful and encouraging if you give it a try. 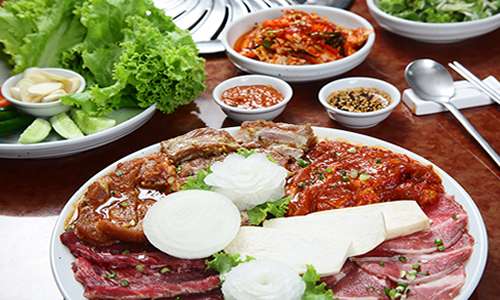 It´s not all about Seoul

Seoul, South Korea’s capital, is the pulsating 24-hour nucleus of the country. Home to over 10 million people and nestled along the banks of the Han River, it is the best place to be in Korea if you are looking for a bit of an international flavour and maybe some home comforts.

Amongst the huge shopping malls and cultural sights, it is possible to find plenty of foreign cuisine, English bookshops and almost everything that an expat may wish for. The city is crammed full of modern skyscrapers but also has the beautiful Gyeongbukgong Palace which was the home Joseon dynasty and built in 1335.

Busan, located on the south coast of the peninsula, was traditionally a rough and tumble port city, with an excellent eat-in seafood market located right along the dockside.

Over the last 20 years the city has seen a huge amount of investment poured into it. The urban sea-side resort of Hyundae receives millions of visitors every year who stay in its fancy high rise hotels and relax on its white sand beach, which although beautiful can become more than just a little crowded. The city is an excellent place to be based for those looking to explore the region as Japan is only a few hours ferry ride away.

Jeju Island, also known as “Island of the Gods”, is a popular holiday spot for both Koreans and foreign visitors, but it is also home to many language teachers, due to the need for English in this tourism focused region. Views all over the island are dominated by the towering extinct volcano Hallasan, the largest mountain in South Korea.

The local beaches are beautiful and the island has a distinct culture and dialect that can make it feel a million miles away from mainland Korea. Aside from its beautiful scenery the island is a lot warmer than most of Korea, and whilst Seoul may be shivering at minus 16 Celcius it could be a balmy 12 degrees on Jeju.

Much of rural Korea away from the cities is strikingly beautiful and in a country where 70% of the land is mountainous, there are plenty of hiking trails and other outdoor sports activities such as skiing.

Don’t forget that Pyongchang will be hosting the winter Olympics in 2018. Other major cities include Daegu, Daejon, Kwangju and Incheon all which have their own sights and regional particularities.

Pay for English Teachers in Korea

There are four main times of teaching institution in Korea, all with slightly different levels of pay.

The most common place for teachers to work is a Hagwon (Private Academy), and they typically offer 1.9 million to 2.3 million won per month ($2072 USD). Many of these academies also provide accommodation and return flights home – some also offering bonuses on successful completion of contract.

The down-side of working in a Hagwon is that they offer less holidays than in a public school and you may be asked to work longer hours.

Public schools often pay 1.5 million to 3 million won depending on your experience. As well as providing accommodation and flight tickets, holidays are also generous.

It is worth noting that public schools usually pay a higher salary in rural areas than they do in cities such as Seoul or Busan due to competition in the urban centres.

Universities are at the top of the chain and generally offer about 3.5 million won ($3155).

Many teachers have reported salaries up to 5 or 7 million won so this is the best way to make serious money. Flights and accommodation are usually provided also but teachers must be willing to commit for at least one or two years.

South Korea actually has over 400 universities so jobs for experienced teachers are easier to come by than one might think.

If you are looking to explore the delights of East Asia, South Korea is a great place to be located. Within a two hour flight you can be in Beijing, Tokyo, Shanghai, Taipei and Vladivostok in Russia. Many English teachers also spend their holidays on the beach in Thailand, Vietnam and the Philippines which are slightly further afield but made affordable by Air Asia, the low-cost airline which flies from Seoul to multitude of destinations across the continent.

Find out about taking a CELTA course in South Korea