Everything you need to know ab...
Home Blog Teaching Abroad Seven Reasons Why Galway is a Summer Haven for Culture and the Arts 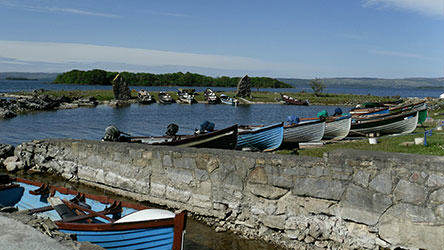 Here’s how Ireland’s ‘most Irish’ city comes alive with an international music and arts scene in summer. 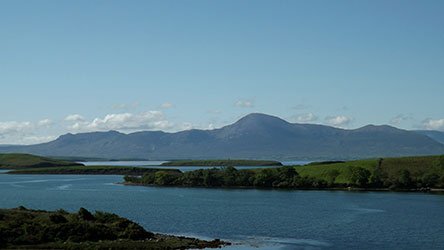 The first thing you notice about Galway is the green. Whether it’s the lush, well-watered wild grass, the moss growing up ancient cathedral and castle walls, or flags flapping off the façades of local pubs, it’s hard to forget the famous national colour of the Emerald Isle.

Galway sits on Ireland’s western coast; besides the sparsely populated Aran islands, there’s nothing but Atlantic Ocean between it and the coast of Newfoundland and Labrador in eastern Canada.

The ancient city, home to some 75,000, is known for the fourteen family ‘tribes’ who dominated the city’s political, commercial and social life during the medieval and early modern eras.

But long history aside, the city is also home to a modern – and very trendy – arts, live music and theatre scene. Here are the reasons why Galway is known as ‘Ireland’s cultural heart’.

By far the biggest summer attraction to Galway is the International Arts Festival, which this year plays host to the likes of Passenger, The Coronas and Hot Chip, as well as several other music, comedy, theatre and acrobatic performances.

At the same time, Galway also holds a fringe festival, giving a chance for more alternative local and international performers to showcase their talents.

Then there’s the Galway Film Fleadh, a six-day film event now in its 29th year. From international documentaries, to locally-made features and short films, the festival showcases some unusual and alternative pieces on the big screen.

2. Theatre with a difference

Galway is home to the National Irish Language Theatre, which stages plays and performances solely in the Irish language. 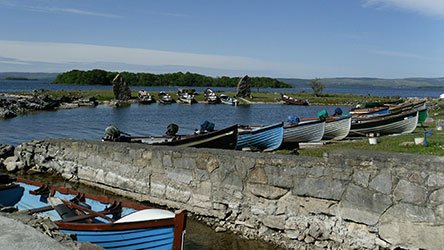 By far one of the city’s greatest draws is its incredible live music scene. Five nights a week, Galway’s famed pubs and performance venues play host to a huge range of acts; from jazz to rock, indie pop and dance.

Once of the best-known venue is The Quays, a two-level bar in Eyre Square that hosts the big acts upstairs, and the local bands downstairs. Galway’s streets are always filled with eclectic buskers, and there are a number of music festivals throughout the year.

One of the best, and most economic, ways to feed yourself in Galway is with a typical hearty pub gub meal, and there’s definitely no shortage of places! Most of the pubs in Eyre Square, Mainguard and Cross Streets serve up local produce at a value-for-money price.

Why not wash it down with a traditional Guinness, or try one of the craft beers quickly infiltrating the local pub scene.

5. The city’s strong sense of ‘Irishness’

There’s a reason why Galway is often referred to as ‘Ireland’s cultural heart’. It’s on the doorstep of Gaeltacht, regions where Irish is predominately spoken and has a number of local language enclaves.

Just a short ferry ride out of the harbour, you can also reach the three Aran Island – Inishmore, Inishmaan and Inisheer – three sparsely populated pockets of land where you’ll strain to hear English spoken. The Islands are known for their proud usage of the Irish tongue. 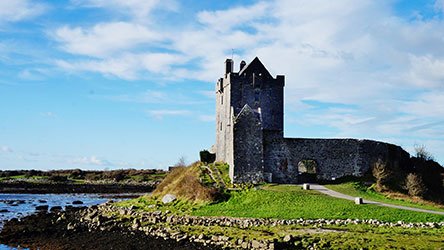 6. The modern use of ancient tradition

Despite the annual festivals and fairs of the modern era, Galway is also home to a very romantic ancient tradition, still proudly kept alive today.

The famous Claddagh ring, known for its engraved heart and crown, originated from the suburb of The Claddagh on the city’s outskirts.

Traditionally, the wearer shows off their relationship status based on where they place the ring; heart tip facing outwards means you’re looking for love and if its facing inwards, it means you’ve found it. Depending on which hand you wear it, you can also demonstrate whether you are married or engaged. 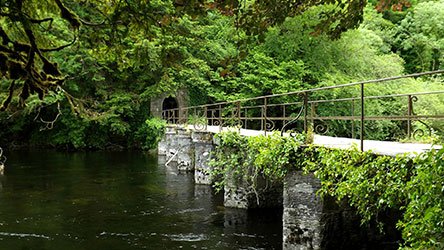 7. Get in touch with nature

With all the stunning greenery, there’s little wonder why Galway is a haven for serious hikers and leisurely walkers alike. One of the most famous country spots is atop the Cliffs of Moher, just a short bus trip south of Galway.

The eight-kilometre stretch of cliff, at one point reaching a height of 214 metres, is a breath-taking spot to stroll or speed-walk; with a bit of exploration (and maybe some fence jumping!), you’ll find some gorgeous secluded spots free of tourists.

There are a number of other routes on the outskirts of Galway for those who need to get back in touch with nature; from the 50km Western Way that traverse bog roads and open moorlands between Oughterard and Leenane, to the impossibly green forest and ramble in the Mountbellew Woodland. 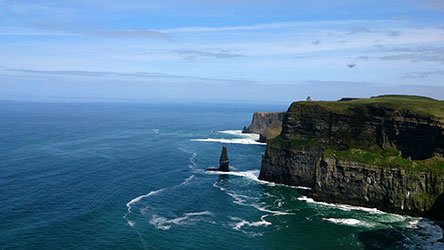 Summer is the perfect time to visit Galway – its burgeoning array of cultural and artistic activities draw in a young, international crowd, and the weather is balmy enough to go out all night. From the trendy live music venues to the traditional Irish theatre, pub meals to pints and every cobbled laneway in between, there’s something for all tastes in Galway. As long as you like the colour green!

TAGGalway Ireland Summer Teaching Abroad
Previous PostIs it worth taking the Delta course? Next PostWhy York is Your First Stop to Travelling the World – and Getting Paid
Back to Blog