Home Blog Teaching Abroad Why you need to move to Sliema, Malta (before everybody else does) 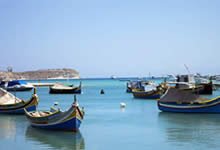 Why you need to move to Sliema, Malta (before everybody else does)

Once a holiday haven for retired British tourists, the coastal town of Sliema, Malta, has recently enjoyed a huge cultural revival: making it the next big place for young, working expats.

Just a short ferry ride across the Marsamxett Harbour from Malta’s ancient capital, Valletta, sits the seaside hamlet of Sliema. Home to some 17,000 people (with a fluctuating visitor population in summer), the peninsula town boasts a thriving dining and nightlife scene, copious options for short and long-term work, and pristine views across the bay to Valletta and out to the sparkling Med.

It’s already a well-known fact that Malta is one of the hottest European destinations, but it’s quickly becoming a popular place to live, too. Last year, it was ranked third in a survey of some 15,000 expats as the most liveable, foreign country.

With an ever-burgeoning array of cultural attractions, and envy-inducing selection of natural wonders, there’s little question as to why so many people are moving to Malta – and why you should, too. 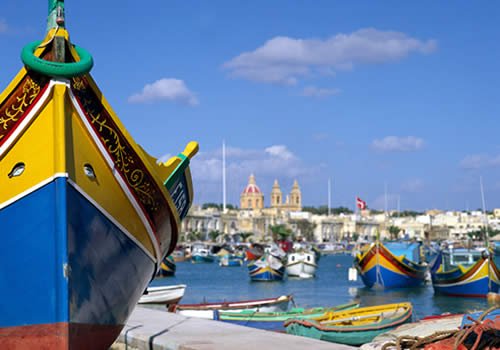 There are plenty of options for work in and near Sliema

Whether it’s a professional posting, the start of an English teaching career, or just a summer stint in one of the town’s countless restaurants and bars, it’s not hard to find work in Sliema.

The town is booming as one of the go-to destinations for foreign English language students, with a lower cost of living (and higher average temperature) than some of its northern European, Anglophone counterparts.

This means that in early summer, the cogs in the in the English teacher recruitment wheels start churning rapidly, and Maltese academies start hiring huge numbers of qualified English teachers.

And with all these foreign students and teachers in town, it’s only natural that the nightlife scene is thriving; from the packed, neon-lit bars lining the waterfront in nearby Paceville, to a hole in the wall bar tucked away in one of Sliema’s inner streets.

English-speaking visitors can find casual bar and restaurant work in one of the several seaside tourist hotspots by night, and relax on the rock-platform ‘beach’ by day.

Several overseas companies are also based in Malta, mainly for the low overheads, nice weather and low tax rates, meaning that there are plenty of offerings in the online gaming, finance, informatics and pharmaceutical industry. 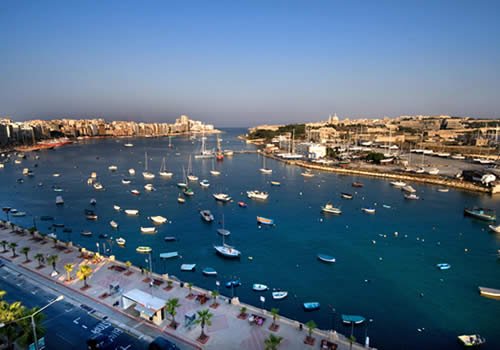 Sliema has a buzzing nightlife scene

Whether you’re an all-hours party animal, prefer a chic cocktail with a view, or are content to people-watch in a kitsch English-style pub, there are so many nightlife options in and around Sliema that it’s almost impossible to get bored.

Paceville is the well-known party capital on the island, and just ten minutes up the road from Sliema by bus, it’s easily accessible for a weekend night out. Even if you’re not a fan of the copious bars and clubs, with rowdy revellers pouring out onto the streets under flickering neon lights, the Paceville district is an island institution and unmissable for a fully-fledged experience of the place.

Sliema and its surrounding old towns – Mdina, Birgu, Attard and Balgan – have all seen a surge in fashionable wine bars, some with jazz performances on Friday nights. The Maltese love a live performance, and it’s not hard to stumble across an intimate acoustic gig in a tucked-away bar or lounge.

For the big festival lovers, however, there’s also the annual Isle of MTV event – free of charge, open to all ages, and featuring world famous acts such as Snoop Dogg, the Black Eyed Peas and Enrique Iglesias. 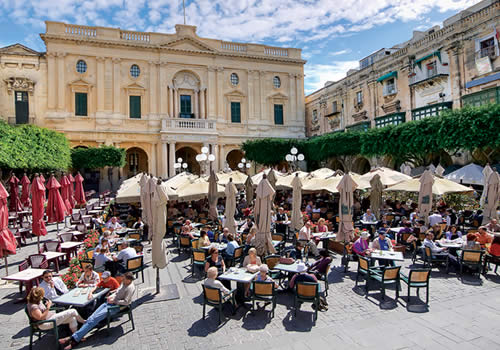 The food is positively mouth-watering

Infused with strong Sicilian, English, and Mediterranean flavours, the Maltese cuisine is both fresh and filling.

Most restaurants plate up the best of the day’s catch, from soft shell crab to salted cod, lampuki (dolphinfish) pie and the Maltese version of Bouillabaisse fish stew.

Then there’s fenek, or rabbit, stew, often referred to as the archipelago’s national dish. It’s said the dish’s significance was spurred on by a protest against hunting restrictions put into place in the 1700s by the Knights of St John, a Roman Catholic medieval military organisation.

The meat, slow-cooked, is so tender it quite literally melts off the bone; marinated in wine, bay leaves and garlic.

And, of course, no culinary trip to Malta is complete without sampling the famous pastizzi, a savoury pastry stuffed with ricotta cheese or peas sold up and down the Sliema waterfront.

From cheering on the country’s most successful football team, the Sliema Wanderers, to taking a stroll along the promenade as the sun, and summer temperature, goes down, the Maltese know how to live their idyllic island life to the fullest.

Like all Maltese towns, Sliema also celebrate its annual parish feasts, the most popular held in honour of Our Lady Stella Maris and Our Lady of the Sacred Heart. Like their Mediterranean neighbours, community and family ties are both integral and imperative in the Maltese way of life.

There’s also a large expat community, with many young, techie types lured by the burgeoning online gaming industry. There are several groups for both newly-arrived and long-term immigrants, with regular social activities, trips around the island, and support for residency issues.

Plus, compared to many other European countries, the cost of living is low: a cup of coffee will set you back around €1.50, 50 cents for a pastizzi, and monthly rent in the city centre about €600. 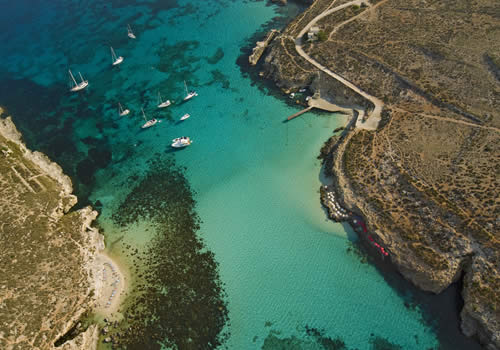 By far the biggest drawcard to Malta for tourists and expats alike, the archipelago’s abundance of both natural and manmade attractions make it a mid-Mediterranean paradise.

While the beach in Sliema is actually more of a rock platform, many locals prefer to float on blow-up lilos in the calm waters of the harbour. One of the country’s most famous swimming spots, however, is the blue lagoon, a sheltered inlet on the smallest island of Comino.

Just a short ferry ride from the main island, Comino is car-free and home to one hotel and a few farmers. The 3.5-kilometre-square chunk of land once housed pirate and marauders, who hid in the seaside caves to ambush unsuspecting trade victims.

The second-largest island, Gozo, is also a famed diving site, full of submarine archways, tunnels and caverns. The Ġgantija Temple complex, a collections of UNESCO Heritage Listed free-standing sandstone buildings, are older than the Egyptian Pyramids of Giza – dating back 5,500 years.

Back on the mainland, the capital city of Valletta is home to piazzas, grand palaces and cathedrals. The city is filled with ancient fortifications, and several forts and bastions line the peninsula’s coastline.

How to move to Malta

If you’re sold on the idea of moving to Malta, you’re not the only one; this island nation’s rich culture, delicious food, warm weather and buzzing nightlife have sparked an influx on long-term expats over the years.

The most accessible job is teaching, especially over summer when foreign students from northern and eastern Europe descend on Sliema and surrounds. If you get yourself trained on the island just before summer, it’ll be easy to find an opening once hiring season begins.

While it’s easiest for EU citizens to work and live there, work permits being granted to non-EU nationals isn’t completely unheard of.

The international airport, just outside of Valetta, receives flights from across Europe, Northern Africa and the Middle East. Plus, there are ferry services between the three islands, and even across the harbour between the peninsulas of Sliema and Valetta.

If you want to share with local or foreign roommates, there are several Facebook groups dedicated to filling spare rooms. Otherwise, the city is home to several English-speaking real estate agents.