The Lowdown on Turkey's Most Overlooked City - Izmir 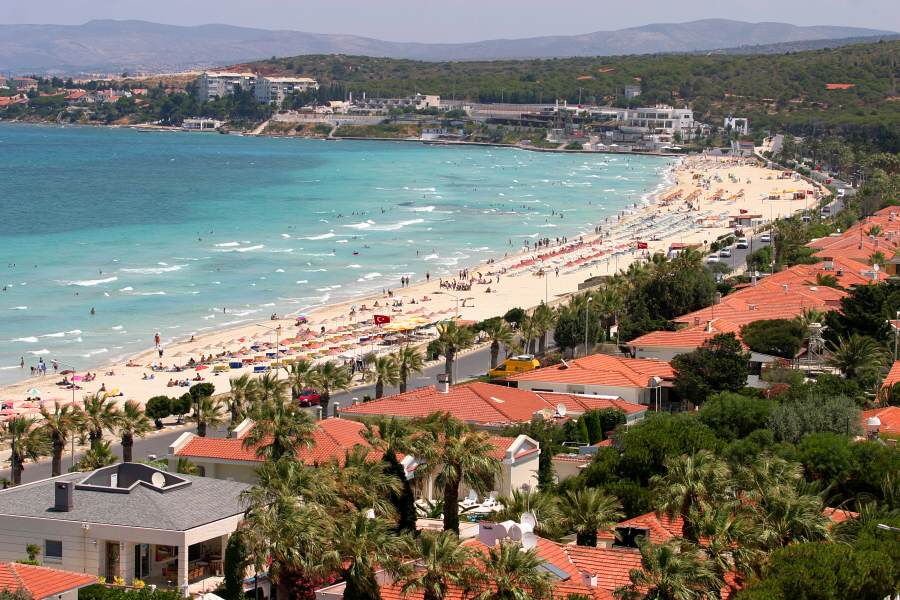 Once the ancient city of Smyrna, Turkey´s third largest metropolis Izmir sits on a beautiful bay nestled by mountains and overlooking the azure Aegean Sea.

The city possesses a fascinating history and has been home to various civilisations over the years from the Persians and Greeks to the modern day Turks. Within Turkey, Izmir is considered as the country’s most modern, liberal and European city and while you are sitting on the waterfront promenade sipping a G&T or nursing a cold pint of Efes after a long day of studying CELTA, you may just agree!

Turkey is quite rightly internationally renowned for its food and when hunger strikes wandering around the compact centre of Izmir is a delight for foodies. Kurmu, a local speciality street snack made with delicious local sesame bread, cheese, Turkish sausage and green peppers is a must try and will set you back less than 1 TL. If you like your coffee strong, you have come to the right place and nipping out one of the plethora of cafes for a cup of Turkish coffee is sure to help you through those long evenings of lesson planning before your morning classes.

Most of the sights in the city are within easy reach of the central Konak area and include Kameralti- which is Izmir´s largest bazaar where shoppers are expected to barter over anything from today´s fresh catch to the latest knock off clothing. Watch out, as the vendors here are professionals and have been plying their trade for centuries. Many walk in just to take a look and end up leaving with full size Turkish carpet.  Make sure you bring your wallet and a sense of humour! Konak clocktower built in 1901 is the modern day symbol of Izmir and is best viewed whilst sitting in a café sipping a nice cup of Turkish chai (tea) from the large square which surrounds it.

For those with a little more time on their hands before or after the CELTA course, there are plenty of day trips that can be done from the city. Çeşme is a small fishing village perched on a large peninsula about half an hour’s drive from the city that is host to beautiful beaches and endless summer outdoor activities. For history buffs, Selçuk, gateway to the awe inspiring Roman ruins of Ephesus are only a couple of hours drive away and definitely worth a visit. The area is also famous for its fantastic wines!

If you are looking for an inexpensive, off the beaten track type of CELTA experience in Turkey, make Izmir you choice before everyone else gets there!

TAGIzmir Teaching Abroad Turkey
Previous PostTake Your CELTA Course On A Beautiful Island Next PostSun, Sangría and CELTA? TEFL Jobs in Spain are Booming
Back to Blog