Everything you need to know ab...
Home Blog Teaching Abroad Forget the Weekend Trip, Here’s Why Torbay is Best for a Month-Long Stint 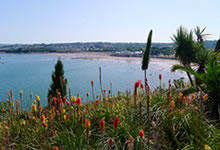 Forget the Weekend Trip, Here’s Why Torbay is Best for a Month-Long Stint

Four weeks, three ways; you’ll never run out of things to do in the buzzing coastal region of Torbay, in Devon, during a month-long visit

There’s a reason why Torbay now goes by the name of the ‘English Riviera’.

From action and adventure, to cuisine and culture – right down to a slow amble along the cliffs of Berry Head and a dip in Maidencombe Beach, there’s more than enough to keep you busy during a month-long stay on the Devon coast. 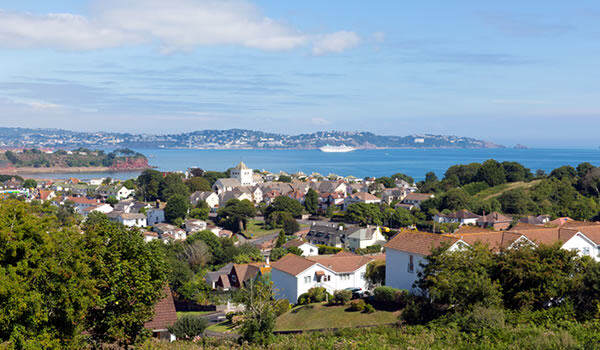 1. There’s no shortage of outdoor activities

In the summer months, Torbay plays host to no less than 50 local, national and international sailing events, and the Torquay and Brixham harbours are full of all kinds of watercraft; from wooden dinghies to grand yachts. Several of the local sailing clubs offer yachting courses and day trips, where you can spot wild seals and dolphins, or take part in a spot of deep water fishing.

Back on dry land, there’s also a lot to traverse on two wheels: The Paignton promenade, lined by quaint, colourful beach huts, is a great spot for a slow cycle. From Torquay in the north to Brixham in the south, the narrow bike lane along the coast road offers up some of the best views in the English South West. And for off-roaders, there’s the trail from Torquay to Flat Rock, which traverses the high bluffs above the choppy seas below.

The cliffs that line the coast are also great for climbing, with a number of local companies organising ‘coasteering’ expeditions – a combination of abseiling, hiking, swimming, and leaping off high ledges into deep water. 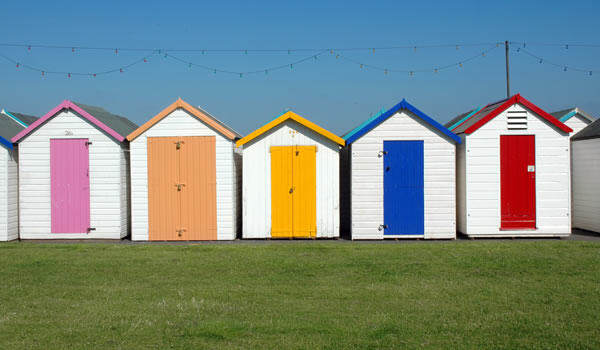 2. It’s a breeding ground of both culture and cuisine

It’s a piece of local pride that crime thriller mastermind Agatha Christie was born and raised in Torbay. In fact, the seaside hamlets often inspired the settings for her novels: the grand Imperial Hotel in Torquay was the scene of The Body in the Library and Peril at End House.

But it’s not just 20th century writers who once took inspiration from the region, Joe Mount, the man behind British indie-electronic band Metronomy, grew up in Brixham. The group’s third studio album, The English Riviera, is in many ways an ode to his old stomping ground: with samples of cawing gulls and lapping waves heard throughout the title track.

In an interview with The Guardian, Mount said he was influenced by the laid-back, seaside feel of Torbay, which gave his album an almost West Coast USA vibe.

Once you’ve traced the trails of famous novelists and songwriters alike, tuck into one of Devon’s most famous afternoon traditions: cream tea. Fresh baked scones, smothered in clotted cream and jam and served with a strong pot of English breakfast is a Torbay institution, any time of the year.

For the main course, the region boasts a number of award-winning restaurants serving up hearty English cuisine and fresh seafood, such as crab brought up from Dartmouth down south. 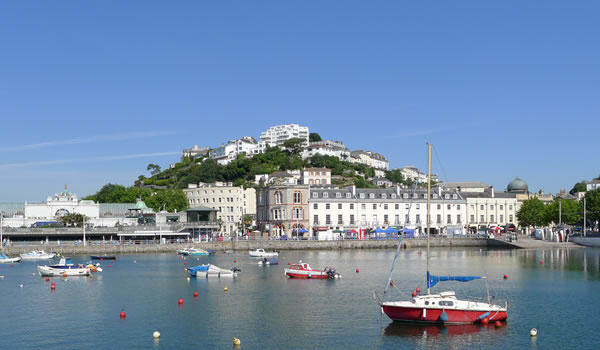 There’s a reason why Torbay is packed with leisure-seekers in the peak and shoulder seasons – it’s impossible to go there and not feel immediately relaxed.

Walking is one of the Torbay locals’ favourite pastimes; in fact, there are entire clubs and festivals dedicated to the art of the slow stroll. Most choose a ramble along small sections of the South West Path, a 630-mile coastal track that extends all the way from Minehead in Somerset to Poole Harbour in Dorset.

The region also boasts some of the best beaches in the UK, from sandy bays, to rockpools, to surf beaches. One of the most popular is Preston Sands in Paignton, known for its row of beach huts. Then there’s Elberry Cove, a pebbly, secluded beach with crystalline water where Agatha Christie herself was known to bathe. Other favourites include Babbacombe Beach and Fishcombe Cove, which is often frequented by wild seals.

Staying in Torbay for a month

There are a number of short term and holidays rentals on offer in the region which make a four-week stint by the seaside affordable. From a seaside studio with water view from around £50 a night, to a leafy cottage or a sleek, three-bedroom apartment, AirBnB is a great place to start your search for a monthly let in Torbay.

Find out more information about accommodation in Torbay

Getting there is simple: there’s an international airport in Exeter with flights from across Europe and the UK, and a three-hour direct train from central London.

Study or work in Torbay