Home Blog Teaching Abroad 6 Reasons to take your CELTA or Delta in Bournemouth! 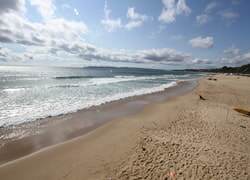 6 Reasons to take your CELTA or Delta in Bournemouth!

The UK has just had its hottest July day ever (36.7 c) and if you are thinking of doing CELTA this summer, Bournemouth is the perfect coastal location to escape to…

Situated on a long bay on the South Coast and shielded by the green hills of the Isle of White a few miles of the coast, the town has one of the warmest and sunniest climates in the UK, with rainfall well below the national average! Averaging 7 hours of daily sunshine throughout the year and as high as 12 hours in the summer it’s no wonder there are more than a few palm trees dotted about the town.

2. Lay back and relax on the Golden Sands

Make the most of those long summer days on one of the towns award winning beaches. Consistently voted the best beach in the UK and having won past accolades such as being in Europe´s Tripadvisor, top 10 ten beaches. The seven miles of idyllic golden sand are studded with lifeguard watch towers which are more akin to Baywatch and Southern California than South Dorset. The beaches are surrounded by cliffs and offer stunning views over Purbeck sound 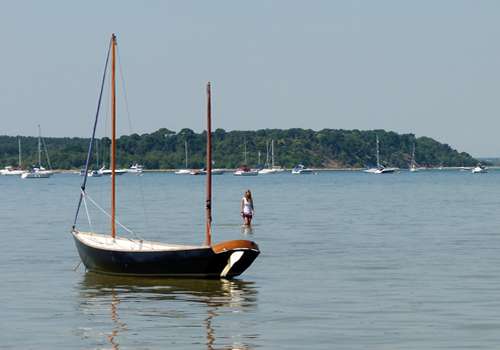 3. Take a walk through The Victorian Gardens

Created in 1836, the Grade II listed gardens which start in the northern part of Bournemouth and stretch for 2 miles all the way to the beach are the perfect place to go for a stroll or lie out on the grass and do some lesson planning. The gardens contain an Aviary and plenty of ice cream stands and during the summer months you may be lucky enough to catch a concert at the Pine Walk Bandstand, a true slice of Victorian seaside charm.

4. Be inspired at the Russel- Cotes Art Gallery and Museum

Built as a lavish and dreamy birthday present, the house, situated in a dramatic position on a cliff overlooking the sea, houses a splendid collection of fine-art. There are many pieces from the UK but also a large collection of artefacts from the owners travels around the world including Russian, Australia and New Zealand. There is also a large collection Japanese art which is renowned throughout the world. The museum is a short walk from the sea-front and is closed on Mondays.

5. Travel the Oceans of the world at the Oceanarium

The Oceanarium, situated just beside the famous pier, offers visitors a journey around the waters of the world. There are ten themed areas ranging from the Amazon, Key West, the Mediterranean, Abyss, all the way down under to the Great Barrier Reef. There are also some fascinating displays on the effects of climate change on marine life. Some of the highlights are green sea turtles, zebra sharks and otters.

20 mins away from the centre of town lies the stunning New Forest National Park. The forest was created as a hunting ground for the Royal family in 1079 and roughly 90% of the forest is still owned by the crown. The park is home to the UK´s only native species of Cicada as well as three native species of snake! New Forest Ponies can be found roaming free around the park, in pastureland and even in the villages that dot the countryside. Many villages appear to have been lost in time and if you are a thatched roof enthusiast then this is probably the best place in the country to come. For car enthusiasts, The National Motor Museum in Beaulieu is worth a trip and there are some cute cafes in the town that serve delicious cream teas!

TAGBournemouth Teaching Abroad united kingdom
Previous PostKilts and Comedy: Take your CELTA during Edinburgh Festival Season Next PostCELTA, Why you should do it!
Back to Blog