How to Get the Most out of you...
Home Blog Advice and Tips Everything you need to know about CELTA 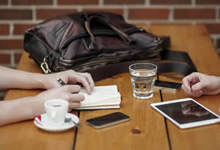 Everything you need to know about CELTA

It’s no secret that in our modern age, English dominates as the world’s lingua franca. It’s exactly for that reason why the language learning industry is booming, and why more and more people are taking up English teaching gigs. Some do it to escape the rat race, others to seek adventure, and many are embarking on an entirely new, rewarding career path.

If you’ve done any amount of research into English teacher training, you would have come across a mountain of nonsensical acronyms: TESL, TEFL, TESOL and, of course, CELTA. Out of the minefield of abbreviations, only one is an actual, doable, world-recognisable certificate.

The ‘T’ words – TESL, TEFL, TESOL – aren’t actual qualifications. In fact, they all mean much of the same thing: teaching English as a foreign, or second, language. The CELTA falls under an umbrella of TEFL certifications, ranging from university degrees to cheap online courses.

But CELTA stands apart from the rest – it’s the most recognised, the most preferred by employers, and the best springboard into the English teaching industry.

The course itself forged its first footprints in the teaching world back in the early 1960s. Since then, it’s been developed even more thoroughly by the prestigious University of Cambridge, and has now found its place as the world’s most respected English teaching certificate.

It’s all in the detail

There are a few ways of doing the CELTA – part-time, online blended, or full-time in one of our 77 centres worldwide. The latter is a four or five-week course, on an eight-hour daily schedule, broken up into theory, feedback sessions and the all-important in-class teaching practice.

It’s this element of the course that really sets it apart from the rest. Each CELTA trainee is in the classroom from day two – employing what they’ve learnt in front of an audience of real-life, eager English students.

“I got practical teaching tools from the moment I stepped into the classroom on my first day at the Teacher Training Centre”, says Yekaterina Makarova, a Russian national who took her CELTA in Cape Town, South Africa, “The everyday routine of self-evaluation truly makes you grow with each lesson you teach.”

The course is intensive; students are taken through five units of learning, from language skills and lesson planning, to personal and professional development.

“Late nights, tight deadlines and no free time were the name of the game”, says Lance Gould, a San Francisco CELTA graduate.

But, it’s not all daunting news for prospective students: “You will never be unsure about what you’re supposed to do or what you need to work on”, Gould adds, “You absolutely get out of the course what you put in.”

Flitter around any kind of English language teaching circles – commenters on online forums, bloggers, Facebook groups, job portals and some guy you know (a self-described ‘traveller’ who once volunteered to teach in Cambodia, you know the one) – and you’ll come across a well-repeated sentence: “Native English speakers can find jobs anywhere!”

In most non-English speaking countries, this is definitely the case – some academies will open the door to ‘native’ foreigners without as much as a glance at their résumé. That, however, is where the problem begins.

You see – it’s these kind of schools that are notorious for using and abusing their staff. Countless reports of below-standard pay, above-average hours and little to no kind of job protection are rife across Europe, Asia and South America.

A search of any major English teaching website will bring up mounds of non-qualification-demanding results, marketing their positions as ‘internships’ or ‘assistants’, spruiking temporary, working ‘getaways’.

The reality, however, is far from that working holiday in an exotic location you’ve envisioned.

The fact of the matter is, native speaker or not – you need some kind of valid English teaching certification.

The CELTA is a foot in the door at the world’s most reputable academies, known for their high-pay, security and benefits.

Take the Disney English School in China, for example, which is now offering several $2,500USD-a-month positions across the country, with airfares, rent, dental and health care all paid for. And, they’ll only take CELTA-qualified students.

Will Dickerson, a former English teacher who now trains other prospective CELTA candidates in New York, says that without the CELTA, the chances of finding a job are slim.

“I wouldn’t have been able to work for the better language schools as I did”, he says of his time teaching in Poland and the UK.

But, it’s not just reputable colleges who acknowledge the importance of CELTA – the certificate is also recognised worldwide by non-government organisations, public bodies and publishers.

It even scales on several governmental education frameworks – in the UK, for example, it qualifies as a level five, regulated course.

Plus, of course, there’s the obvious argument that CELTA equips you for real-life teaching. The job is no walk in the park – it takes knowledge and a specific skill set, both provided by the course.

So, you think you’re up for the challenge…

To be eligible for CELTA, hopefuls need to be 20 years or older, and to have finished high school – but, of course, exceptions are always made at the discretion of the course director.

There’s a common misconception that students must also be native English speakers – but that’s far from the case. Non-native speakers with a high language proficiency can also apply.

Audrey Singh, a Fijian national who took her course in Melbourne, Australia, says she had reservations about her non-native status at first.

“The CELTA was an eye-opener as I finally got to know the reasons behind why I was speaking and writing English in its particular way”, she says.

“I have learnt to believe in myself which is a lesson for life.”

The application process begins the second you pick your course date and location. From there, the candidate fills out a straightforward form, completes a few English-related tasks, and waits for an interview.

Considering that CELTA courses are taken all over the world, interviews aren’t necessarily always face-to-face. In fact, many centres are happy to speak to prospective trainees over the phone or video chat.

A world of opportunity

The jewel in the crown of CELTA is the fact that it can be taken almost anywhere – from a traditional hut on the Ecuadorian coast, to an inner-city office building on New York’s Fifth Avenue, or by a buzzing marketplace in Ho Chi Minh City, Vietnam.

If you’ve already got a city picked out, studying the CELTA there is akin to hitting the ground running.

By the end of the course, you’ll already be firmly implanted in your host city, have connections at the training centre, and a freshly-minted CELTA certificate in your hot little hand.

“Doing a CELTA course was the best way for me to see the world and get to know a wide range of cultures and people”, says Irish national Emma Meade-Flynn, “Between teaching English in Cambodia, Korea, Laos and of course London, it certainly has made that dream come true.”

TAGAdvice and Tips
Previous PostChill out and take your CELTA in 5 weeks instead of 4 in the stunning region of Brittany, France Next PostHow to Take the Delta from Home
Back to Blog