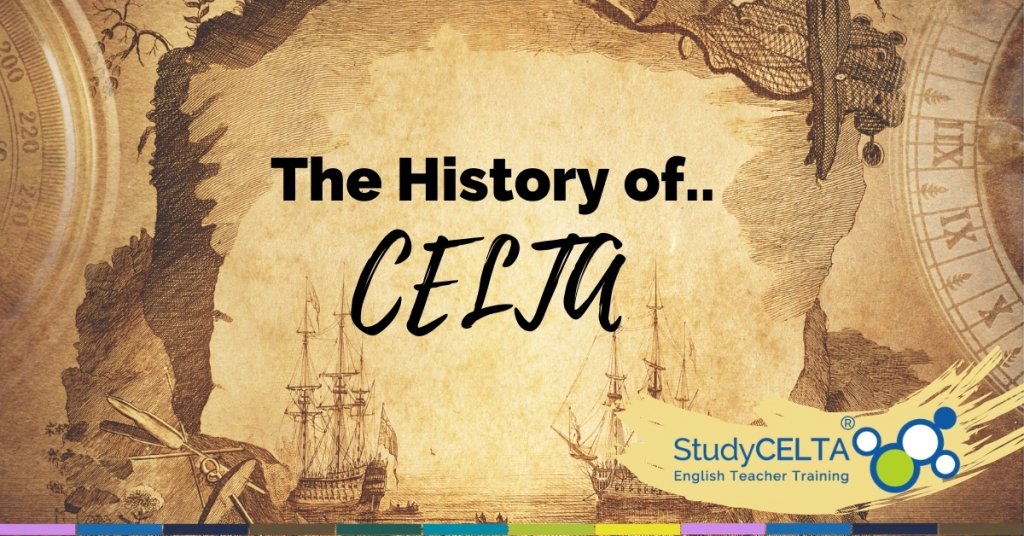 CELTA has been around 57 years! Have you ever wondered about the CELTA history?

You may not know that the ELT field is relatively a new industry. In fact, during the early 20th century the UK widened its borders and included new territories into its empire. At the time, governors of these colonies started opening schools in some of these places which meant that there was suddenly a demand for teachers to teach the local population the basics of the English language.

We can imagine that the task was huge! On top of this, most of the times, teachers coming from Great Britain did not speak any of the local language. Along with this, they were also not familiar with the culture and sometimes did not know very well how to teach. As a result, the need for the profession of ELT teachers to be regulated, accredited. Most importantly, the individuals who were eager to become teachers had to be properly trained.

The man behind the first step into this direction is John Haycraft.

In 1962, he came up with the idea of a beginner course for English teachers which would teach the basic teaching methodologies, theories and approaches to teach English as foreign language to speakers of other languages. He named this qualification the “Preparatory Certificate”. It was the very first certificate that would lead the way up to what we nowadays call CELTA. This qualification was the ancestor of all the TESOL and TEFL qualifications!

John Haycraft’s held the very first course at his private school in London in 1962. The need to give prospective teachers the right skillset to be able to initiate their career prompted the conception of this certificate. In fact, it was and still is a very "hands" on certification (among its 120 hours of input there are 6 hours of observed and assessed teaching practice).

Then, in 1970, Mr Haycraft passed over the course accreditation to The Royal Society of Arts. Under their guild the certificate popularity grew even more. Therefore, many people decided to become qualified teachers as not only was the ELT sector growing, but it was also a golden opportunity for teachers to work and travel.

As you can imagine, considered its length it was not a very practical name. We had to wait 2002 for it to become known as the Cambridge CELTA course!

Thinking about taking the CELTA? Why not get in contact with a member of the team?

If you have already decided, there’s only one thing left to do: apply!